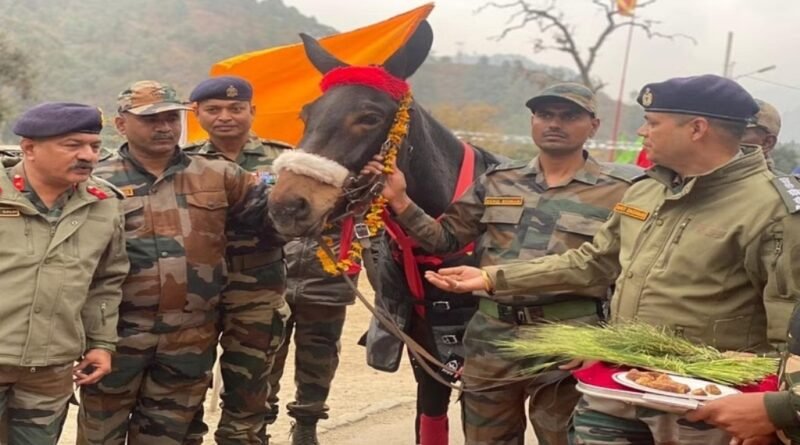 On 75th Army Day, a COAS Commendation Card was awarded to a mountain artillery mule — Hoof Number-122 — for its service in ‘inhospitable’ areas near LAC in Yangste.

New Delhi January 21 dmanewsdesk: The Indian Army has awarded a Chief of Army Staff (COAS) Commendation Card to an Eastern Command unit mule for its service near the Line of Actual Control in areas like Yangtse in Tawang sector, which was also the site of a clash between the army and Chinese PLA troops last month.

As a part of the 75th Army Day commemorations, the COAS Commendation Card was awarded to Remount Number 4K-509 and unit Hoof Number-122 Mule (Mountain Artillery), which, according to an Army citation, had endured “extremely tiring and inhospitable conditions”.

In doing so, the mule was a critical part of animal transport convoys carrying ammunition and ration essentials while traversing terrains and patrolling points at altitudes above 15,000 feet in the Tawang sector.

“His steadfast physical presence and extremely composed temperament had put calming influence on other panicky animals and was thus instrumental in ensuring zero casualty rate. Despite all odds of heavy rains and treacherously slippery track conditions, the mule displayed tremendous physical robustness, surefootedness and was ever willing for load lifting duties, remarkably contributing to tough tasks,” the citation said.

All in all, the citation added, the six-year-old mule, Hoof Number-122, had lifted an approximate load of 6,500 kilograms across a distance of 750 kilometres, showing an “exemplary keenness” and “supreme dedication beyond the call of duty in uncongenial operational environment” that more than justifies awarding the the COAS Commendation Card.

The award was also announced by the Gajraj Corps, also known as the IV Corps, an Army formation that covers Assam and western Arunachal Pradesh.

“Mules of animal transport units have been a vital link in logistics chain [sic] in remote regions under most challenging conditions,” the Corps tweeted about the award.

In the Indian Army, mules generally serve for around 10-15 years until their retirement, after which they are taken to the Remount Training School and Depot located in Uttarakhand’s Hempur, which is also the retirement home for other types of horses and equines serving in the army. Retired army dogs, on the other hand, live out their final days at the RVC Centre in Meerut, Uttar Pradesh.

A recent notable retirement of a service horse in 2022 was that of Virat, the President’s Bodyguard Commandant’s black horse, which retired at last year’s Republic Day parade and was previously awarded the COAS Commendation Card on the eve of the 2022 Army Day. Another famous story is that of Pedongi, Hoof Number-15328, a female mule of Spanish breed which was subject of military legend by being the longest-serving mule for the army from the early 1960s to the late 1980s, including the 1971 India-Pakistan war. It ultimately made it to the Guinness Book of World Records.

The institution of retirement homes for army service animals is a relatively recent policy first announced in early 2016, following public scrutiny around the previous practice of euthanasia used on retired service animals like dogs.

With the army reportedly having around 10,000 horses, equines and mules in service with 300 retiring every year, however, the Shekatkar Committee Report’s 99 recommendations submitted in late 2016 also included “better utilisation of Supply and Transportation echelons and Animal Transport units”. In light of this report, the army plans to decrease the total number of animal units by 70 per cent by 2030. 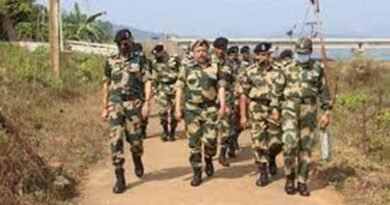 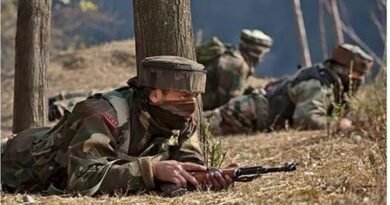 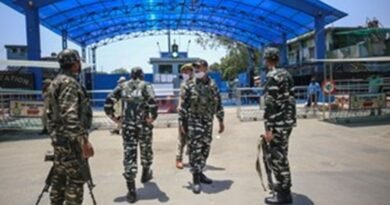