Free and fair election constitutes the cardinal principle for the efficacy of a democratic system. Any bottleneck or hindrance to such a concept and its actualization is not only anathematic but vitiates the system as well as its process to make the principle of rule by the people a sham or a fiasco. The election is delineated as a formal group decision-making process by which people choose their representatives and that forms the edifice of a democratic setup. The word election is derived from the Latin word ‘e’ meaning out of and ‘Lectus’ meaning chosen.  Election to truly manifest or reflect the will of the people, should be free and fair and therefore this electoral dynamics has assumed importance in as much as it has invited many scathing diatribes regarding its effective implementation.

The reasons for which electoral reforms are assuming significance is that the role and functioning of electoral and behavioral dynamics (and anathematic things/situations affecting and transforming the election process into a fiasco) have shown aberrations not only smear the mud of ineffectiveness on the functioning of democracy but also makes the novel (ideal) concept of election/democracy scandalous and condescended. The conceptual definition of democracy in the Lincolnian expression ‘of the people, by the people, and for the people’ appears as a semantic window dressing. Though it’s a gargantuan and humongous effort to reform the process with about 27.5% of the population living under predicaments of poverty and impecuniosity and languishing under the spell of illiteracy, it is the time to pummel and chisel out the concept for good governance.  Electoral reforms generally contribute to better participation by the citizens in electoral practices while reducing the role of corruption and enriching and invigorating the functioning of democracy (in India).

A Country beset with a plethora of diversity and its unpleasant manifestations concerning religion, caste, language, customs and beliefs, rich-poor gap, and diverse cognitive perceptions, etc, becomes a herculean task to mend. But we have a Hobson’s choice in hand. The sooner we adopt the change to transform/reform the electoral system, the better it is for the nation.   The first and foremost important factor that makes the election process a sham, is the negative role of money power. Not ideas, not principles but the money that reigns supreme in politics. As has been depicted earlier, in a nation where about one-third of the population lives below the poverty line (The literacy rate being equally low), as such money plays the obnoxious (ugly) role of exploiting the conditions of predicaments of the people and human weaknesses and the spirit of the democracy is lost in the quagmire of monetary importance. Purchasing votes taking account of the poverty of the people not only hinder the future of the nation but also stigmatizes democratic novelties and ideals. Though the election commission has fixed expenditure limits for both MP and MLA elections but the clandestine role of money to buy/woo voters belie any legal implication. The poverty-stricken people sell their ballots and unscrupulous politicians wielding the power of money power rule unethically.

The other important aspect that ails and affects the electoral process is the criminalization of politics. Though one may not agree with Plato regarding the concepts like philosopher kings it is desired that the ruler/representative of the people should be honest, sincere, and fair bereft of criminality. The criminalization of politics has really affected the process of election and the mode of governance. The criminal elements procure vote/mandate by threats/fear psychosis and the occurrence of violence makes a mockery of the system. The entry of criminal elements into parliament and state legislature cripples and makes justice – social, economic, and political a distant chimera. Over the past few years, the influence of criminals in political affairs is on a tremendous rise. In Anukul Chandra Pradhan, vs union of India 1997, Hon’ble Supreme Court observed that the criminalization of politics is the bane of the society and negation of democracy. It is subversive of a free and fair election.   Criminalization of Politics has other manifestations like booth capturing, intimidating voters, obtaining votes through intimidation, tampering of electoral rolls, large-scale rigging, and large-scale violence after elections targeting people for not voting for the criminal elements.

The other important factors affecting electoral dynamics are divisive factors like religion, caste, language, customs, and belief. The multifaceted diversities take a significant role in an already divided society. Still some parts of our country are dominated by the caste factor, and it plays a predominant role in deciding who would rule taking into account people’s herd mentality.  The perceptional distortion affects the concept of a free and fair process making democracy a fiasco.

Other factors which affect the electioneering process, can be stated as a lack of moral values with the candidates, a Machiavellian approach to the election to win anyhow with unholy alliances and deep-rooted conspiracies mars the spirits of democracy. The other most disturbing factor affecting the democratic process is regarding defection of members after elections. Fighting for a party before or during the election and changing the stance and side after getting the mandate of the people is not only obnoxious but also deplorable by any standard assessment.

(This is the first part of the election reform series. The views expressed are  personal.) 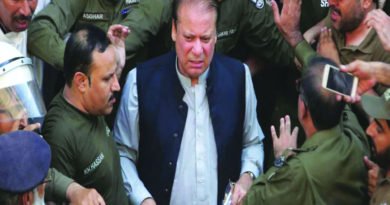 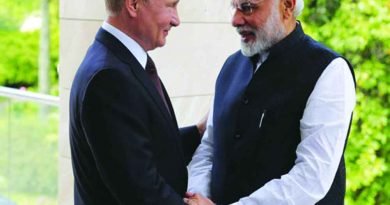