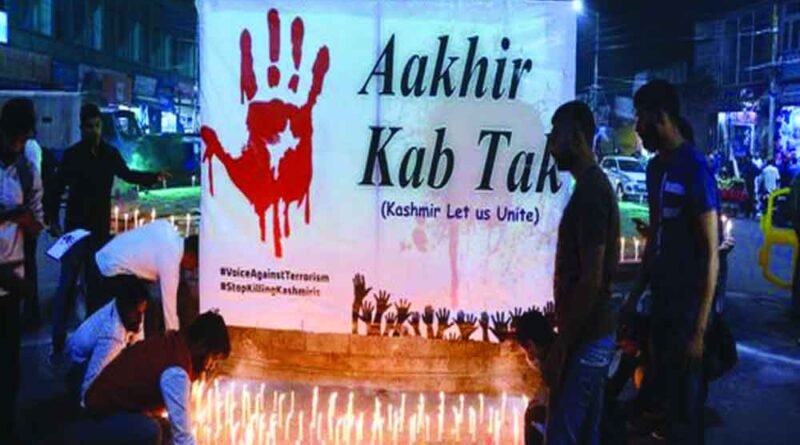 The picturesque charm of deciduous trees shedding leaves has come with bloodstains in the Kashmir Valley this fall. This autumn has scratched open the painful memories of the 1990s when scores of Kashmiri Pandits were forced to flee their homes following incessant targeted killings. Since the start of this month, terror outfits have already brazenly killed 11 civilians and five Army personnel in what carries an unmistakable stamp of the Taliban knocking at the heaven-on-earth’s doors. After all, this cold-blooded manslaughter has the potential to spread the same dread as the Taliban did when they shot their “enemies” and hanged their bodies from cranes.

The mindless killing started with 68-year-old Makhan Lal Bindroo, a prominent Kashmiri Pandit businessman. He had survived the 1990s’ massacre, only to be found by a wanton terrorist’s bullet this time round. But the blood-spilling didn’t stop.

The same day, terrorists shot Virendra Paswan at Lal Chowk, taxi union president Mohammad Shafi Lone in Bandipora and school teachers Surender Kaur and Deepak Chand. On October 16, Shagir Ahmad and Arvind Kumar Shah were shot in Srinagar. Three labourers from Bihar were also shot at, of which Raja Rishi Dev and Juginder Rishi Dev later succumbed. These Taliban-style killings shook the nation. After this, the Government issued an advisory to take all non-Kashmiris under police or Army protection.

Terror outfits like the Lashkar, Jaish-e-Mohammed, Tehreek-e-Taliban Pakistan are sending out a chilling message by selectively killing Hindus and Muslims opposed to the idea of an Islamic State. The situation is far worse this time than in the 1990s as the larger nefarious design now is to see Kashmir as an Islamic State, chiefly on the lines of the Taliban takeover of Afghanistan. There already was speculation that Pakistan would use the Taliban against India’s interests. For its part, the Pakistan Army has joined hands with groups separated from the Tehreek-e-Taliban and aligned them with the army. Imran Khan has been largely successful in his machinations to divert their attention towards Kashmir.

The problem so far could be gauged through the political and constitutional prism but the Taliban influence has now turned it into one of religious fundamentalism and extremism. Now the biggest challenge facing the Government is that it has to fight religious bigotry, extremism and fundamentalism in Kashmir. A major hindrance in this fight is the propensity of certain prominent Kashmiri leaders to speak the same language as Pakistan.

Since the abrogation of Article 370, the Government’s tall claims towards restoring peace seem to be falling flat and the suspicion that the Taliban is knocking at the gates of India is strengthening as shown by the selective targeting of the minorities. In India’s 70-year history, all Governments have tried to resolve the imbroglio politically: Nehru thought the way out was to have Article 370 in Kashmir and Modi thinks the solution lies in removing it. However, the fundamental source of the problem — religious fundamentalism and the lofty notions of an Islamic State — escaped everyone’s attention. The result is the burgeoning madrasas operated by the Tehrik-e-Islam and funded by terror outfits like the Lashkar and Jaish-e-Mohammed. It won’t be an exaggeration to say that these madrasas spawn an army of terrorists. The proof is that 99 per cent of the terrorists killed in encounters belonged to Kashmir.

These terrorists are now planning to force the minority Hindus to flee Kashmir. In 1990, they banished Kashmiri Pandits from Kashmir but the Government didn’t do anything worthwhile. Even today, the condition of Kashmiri Pandits in the Valley is as pathetic as that of minority Hindus in Pakistan, Bangladesh and Indonesia. The intention of the terrorists is that if they are able to completely expel Hindus from Kashmir, they can lure Kashmiris to their side in the name of Islam with the ultimate aim of sabotaging Kashmir’s peace and bring the Taliban rule to Kashmir. The terrorists also hope that the Taliban will help dissociate Kashmir from India with the help of Pakistan and China, just as it made the US and the former Soviet Union flee Afghanistan. But their illusion prevents them from realising that Kashmir is an integral part of India.

However, no Government has yet recognised the elements of religious fanaticism and hysteria in Kashmir, nor attacked its sources; on the other hand, the terrorists are openly asking people to either become a fanatic or leave Kashmir. “If you don’t, get ready to meet the same fate as the murdered civilians’”, seems to be their message. If the Government really wants to crush Talibani terrorism and jihadi fundamentalism emanating from Pakistan, it will have to eliminate religious fundamentalism and its sources by creating a religious balance in Kashmir.

It has become imperative for the Government to convey in the strongest terms to terrorists that Kashmir is an integral part of India and every citizen of Kashmir is an Indian. Also, the Government needs to develop a composite culture by settling non-Muslims and Kashmiri Pandits in the Valley and guaranteeing the security for all Kashmiri citizens to crush the religious hysteria. If the Government tries to find a solution on the basis of political, constitutional and human rights, the Valley might soon become a Taliban valley. The Government needs to think beyond the political and constitutional agenda.

(The writer is an Aligarh-based journalist, analyst, author and a former teacher at the Ambedkar University. The views expressed are personal.) 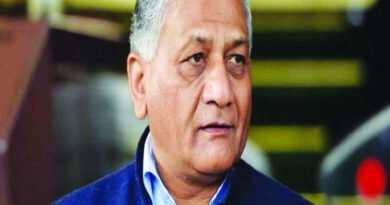 The journey from olive green to khadi 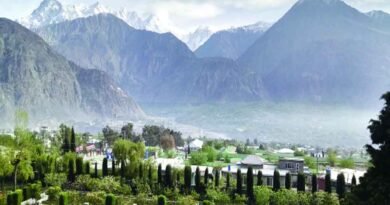 India tells Pak to vacate all its areas 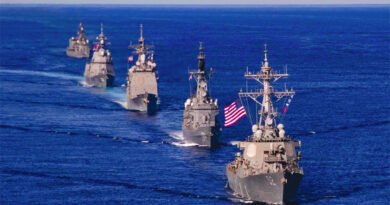