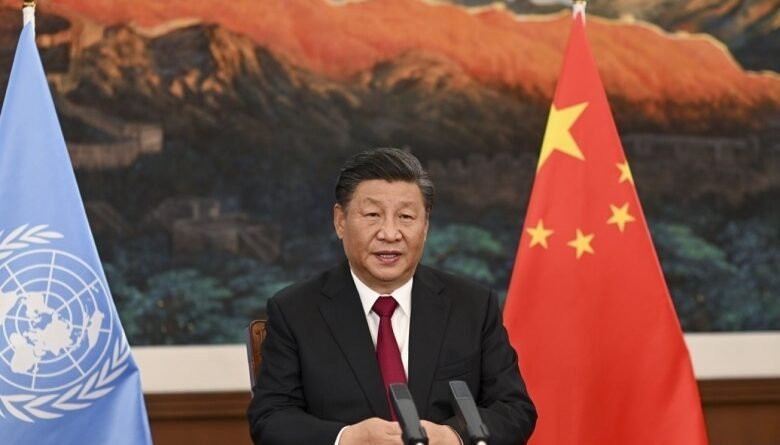 Xi was addressing a UN conference- Leaders’ Summit of the 15th meeting of Conference of the Parties to the Convention on Biological Diversity- via a video link in Beijing.

We need to practice true multilateralism, and effectively honour and implement international rules, which are not to be exploited or discarded at one’s own will, he said.

The new environmental protection targets we set need to be ambitious on the one hand and pragmatic and balanced on the other, so as to make the global environmental governance system fairer and more equitable, he said.

On this occasion, I wish to announce China’s initiative to establish a Kunming Biodiversity Fund and take the lead by investing 1.5 billion RMB yuan (USD 233 million) to support biodiversity protection in developing countries, he said and called for contributions from other countries to the fund.

China, the world’s largest carbon emitter has stated earlier that its carbon emissions should peak by 2030 and then decline, with a goal of reaching carbon neutrality by 2060.

To achieve its carbon peak and neutrality targets, China will release implementation plans for peaking carbon dioxide emissions in key areas and sectors as well as a series of supporting measures, and will put in place a 1+N policy framework for carbon peak and carbon neutrality, Xi said.

The first phase of China’s large wind power and photovoltaic projects in desert areas with an installed capacity of approximately 100 million kilowatts have recently started construction, he said.

This is part of China’s efforts to make faster progress in planning and developing large wind power and photovoltaic bases in sandy, rocky and desert areas, he said.

He said China is also accelerating the development of protected areas system with national parks as the mainstay.

Over time, areas with the greatest importance to the natural ecosystem, and with the most unique natural landscapes, the most valuable natural heritage and the greatest biodiversity reserve will be included in the national parks system, Xi said.

The protected land area is 230,000 square kms and they cover nearly 30 per cent of the key terrestrial wildlife species found in China, he said.

In the meantime, acting by the principle of striking a balance between on-site and translocation conservation, China has started building a system of national botanical gardens in places like Beijing and Guangzhou, he said.

He called on countries around the world to join hands and start a new journey of high-quality development of humanity.

First, we shall take the development of ecological civilisation as our guide to coordinate the relationship between man and Nature. We need to solve the problems brought by industrial civilisation, keep human activities within the limits of the ecology and environment, and carry out holistic conservation and systematic governance of mountains, rivers, forests, farmlands, lakes, grasslands and deserts, he said.

Second, we shall let green transition drive our efforts to facilitate global sustainable development. We need to build a green, low-carbon and circular economic system, translate ecological strengths into development strengths, and bring out the great benefit that green mountains and clear waters can offer. We also need to step up green international cooperation and share the fruits of green development among all countries , he said.

Thirdly, we shall concentrate on bettering people’s well-being to promote social equity and justice and fourthly, we shall take international law as the basis to uphold a fair and equitable international governance system , he said.

China has made remarkable progress in building an ecological civilisation, he said, showcasing the recent story of the northward travel and return of a group of elephants in Yunnan Province in southwestern China.

It shows the vivid results of our endeavour to protect wild animals, he said.

The development of ecological civilisation should be taken as a guide to coordinate the relationship between human and Nature, Xi stressed, adding that human activities need to be kept within the limits of the ecology and environment.

He said green transition should be driven by people’s efforts to facilitate global sustainable development, and called for stepping up green international cooperation to share the fruits of green development among all countries.

If we humanity do not fail Nature, Nature will not fail us. Ecological civilisation represents the development trend of human civilisation, he said.

Let us join hands, follow the philosophy of ecological civilisation and shoulder our responsibility for future generations. Let us make joint efforts to build a community of all life on Earth, and a clean and beautiful world for us all, he said. 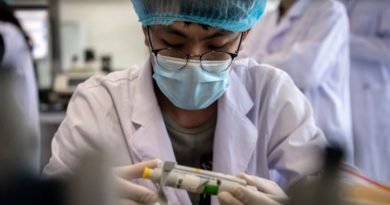 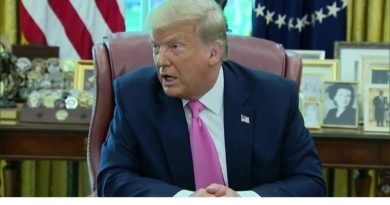 He’s back: Trump to re-up virus briefings amid lagging polls 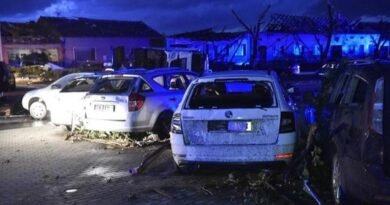