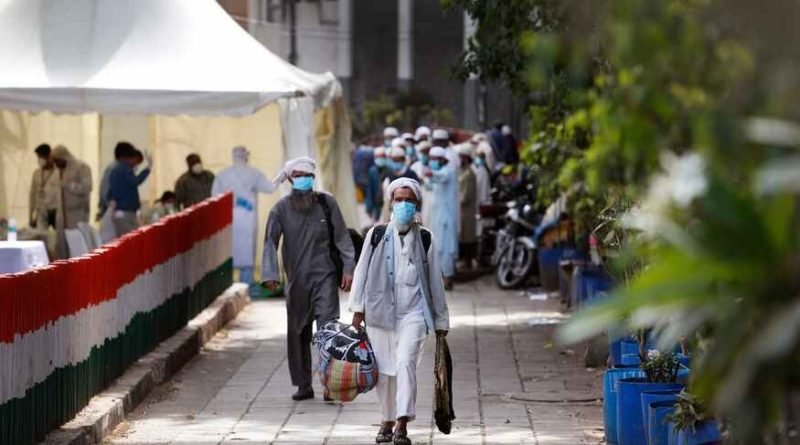 Prime Minister Narendra Modi announced a three-week lockdown on March 24. But Kale Khan residents say the real lockdown began for them after details of the Covid-19 spread in Banglewali Masjid in west Nizamuddin started emerging.

New Delhi Apr 3: The religious congregation at Tabligh-e-Jamaat’s Markaz in Delhi’s Nizamuddin, which has been linked with several Covid-19 cases across India, has led to panic in the neighbourhood colonies. The Sarai Kale Khan basti, which provides house helps, drivers and other staff to most kothis in posh East and West Nizamuddin households, has shut its gates. A two-lane underpass connects Nizamuddin Railway Station with sarai kale khan.

When the CNN News18 team visited the area, it found the underpass barricaded from both ends. The locals said initially rickshaws and hand carts were piled on top of each other by residents of Kale Khan to block the road. Later, police put up barricades. Kale Khan resident Alimuddin, 17, who works as an apprentice at a tea shop near the station, says he hasn’t been home since March 31 when the road was sealed. “I haven’t been able to go home. My mother and sister work as house helps in Nizamuddin. When they left for work on the morning of 31st, they were beaten up by locals. Then they blocked the road. I am stuck on this side,” he said.

Prime Minister Narendra Modi announced a three-week lockdown on March 24. But Kale Khan residents say the real lockdown began for them after details of the Covid-19 spread in Banglewali Masjid in west Nizamuddin started emerging. More than 400 people who lived in the masjid are suspected to be COVID-19 positive.

Rajesh and his group of four stand on duty on the other end of the underpass. With sticks in hand, they ensure no one leaves the colony and no one enters it. We had to cross the railway track leading to the Nizamuddin station on foot, to reach the point where Rajesh patrolled. This was just beyond the police post. “A lot of people from here go to Nizamuddin on a daily basis. What if even one carries the infection back? Look at the houses here. They all share boundaries. If one gets infected, we are all gone,” Rajesh says.

Nazeem Sheikh wants to take his pregnant wife to the doctor. He shows his prescription to Rajesh, then to his friends but the group is unrelenting. “The ring road side is open, go via that side,” Yogesh Chand, another member of the group, tells Nadeem. The same answer is given to an old man who pleads at the barricade that he had gone to get medicine and should be let in.

The social divide is also dictating the lockdown. Most of those who are patrolling the Kale Khan lanes are landlords. The migrants from Bihar, UP, Bengal who work as rickshaw pullers, house helps and drivers are tenants.

At the Kale Khan Chaupal, a group of women plead helplessness. Mala from Bengal says she can’t even get her salary. “The new month has started. I have to buy ration and pay utility bills but these people are not even letting me go to the kothi and get my salary.” Champa says she has requested her employer to send her salary through Paytm. “Who is not scared of this disease? But we need money to survive. Even if we utter the word ‘Nizamuddin’ here, these people (the ones patrolling) raise their sticks,” she says.

The Sarai Kale Khan model is what Bhogal resident Jay Chauhan also wants to implement. Sitting outside his house located on the Church Road, Chauhan says, “We have requested the police to barricade this road so that no one can come in. We are only half a kilometer away from the Markaz. How do we stay safe?” His father echoes the same sentiment. “I want to tell the Nizamuddin Basti people with folded hands, ‘Please spare us. Please don’t come here’,” he says.

The main market of Bhogal which caters to residents of Bhogal, Jangpura and Nizamuddin has also been shut.

The Mathura Road, which divides Nizamuddin into East and West, has been barricaded too. Nobody is allowed on the road from the West Nizamuddin petrol pump to the Nizamuddin Police Station which shares its boundary with Banglewali Masjid — the place where the Tablighi Jamaat people lived.

Inside the Nizamuddin-West Colony, Isha, an MCD worker, says they are all scared. “This was detected only this week, before that the Tablighis were moving around freely. Going to the market, pharmacy shops, nearby areas — who knows who all have been infected?” she says. Another resident Tufail Khan agrees. “Things have become so bad that last night a resident went into labour pain and the nearby hospital refused to admit her once they got to know she had come from Nizamuddin,” he says.

MCD Councilor Yasmin Kidwai argued that misinformation is leading to extreme panic. “You have to tell people that the masjid has been evacuated, People are quarantined and proper sanitisation is being done. They don’t know and that is why this colony is being ostracised,” she says.

Meanwhile, sanitation workers continue to disinfect the Banglewali Masjid premises. The CRPF has been deployed and their patrolling around the lanes and bylanes is meant to instill a sense of confidence. But for now it is fear which binds residents of all colonies in the vicinity. 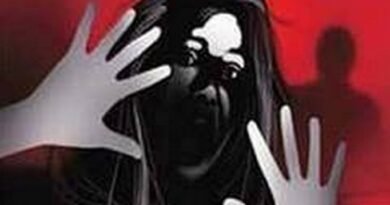 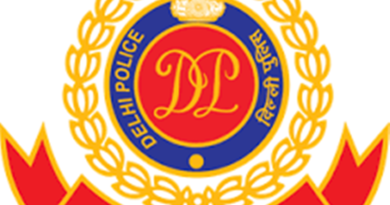 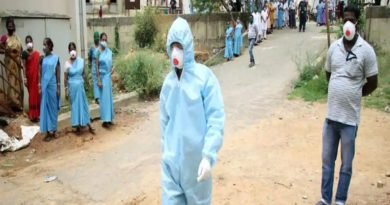