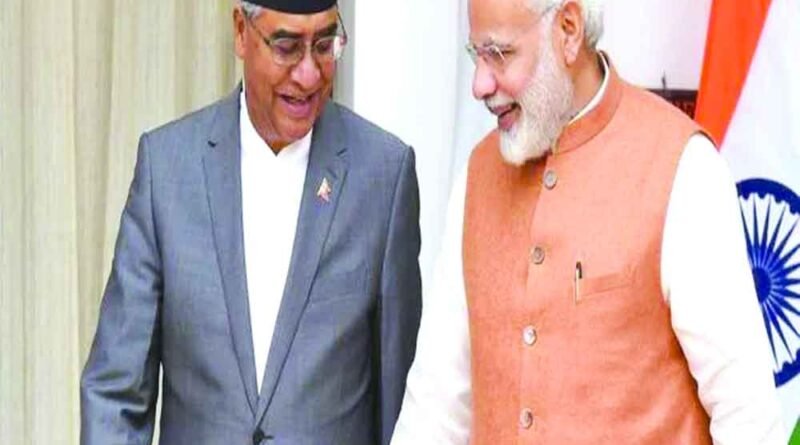 Nepalese Prime Minister Sher Bahadur Deuba concluded a three-day visit to India on April 3, 2022. He arrived in India with a 25-member delegation on his maiden overseas visit after assuming office in July 2021. Prime Minister Deuba was scheduled to visit India earlier in January this year to attend the Vibrant Gujarat Summit. However, due to the rise in COVID-19 cases in India, the visit was postponed.

Prime Minister Deuba’s July visit assumed great importance in India-Nepal bilateral ties considering Nepal’s assertive stance over a border dispute with India over the past three years. During the previous administration, then Prime Minister KP Oli chose to politicise the border row rather than resolving it through diplomatic means. The number of high-level delegations from Nepal to India had also gone low in the last three years.

Meanwhile, Prime Minister Deuba has made efforts in resolving misunderstandings with India and his India visit has opened up more avenues of cooperation and helped to fill the existing thaw. Soon after Prime Minister Deuba took office, a delegation of the ruling Nepali Congress Party led by the former Foreign Minister of Nepal, Prakash Sharan Mahat, had come to India in October 2021.

Beyond Politics: The latest visit of Prime Minister Deuba has proved to be more outcome-oriented. In the past seven decades of formal diplomatic ties, India and Nepal have proved their economic potential, and, to date, India is the largest trading partner of Nepal. However, due to the low export volume from Nepal to India, a large trade deficit remains an existing challenge for Nepal. On many occasions, political parties in Nepal have made it a political agenda. Meanwhile, there are no political solutions to resolving the trade imbalance since Nepal does not have substantial industry outputs to export finished goods to India.

Despite these challenges, the two countries have shifted focus to more viable areas of cooperation. These include connectivity, energy, digital, and infrastructure development.

Connectivity: Connectivity is an important aspect of India-Nepal cooperation in the present context. As a landlocked country, Nepal’s third-country trade takes place through the Indian ports of Haldia in West Bengal and Visakhapatnam in Andhra Pradesh and the imported goods reach Nepal through twenty-two designated trade routes between India and the Nepal border. To give a major boost to border trade, the two countries are working to upgrade major check posts to facilitate smooth trade.

There is also a focus on upgrading the highway infrastructure in southern Nepal with India’s assistance which will further reduce the travel time. Other than improving the existing road infrastructure, the Prime Minister Modi-led Government has attached great importance to the railway connectivity with Nepal, India’s next-door neighbour. Since

India’s bilateral ties are primarily based on people-to-people ties, the rail connectivity boosts the shared cultural and religious bonhomie.

During his visit to India, Prime Minister Deuba jointly inaugurated the launch and operationalisation of a 35-km-long cross-border rail link from Jaynagar in Bihar to Kurtha in Nepal. This railway route is a benchmark in providing connectivity to pilgrims travelling from India to Janakpur, which is the birthplace of Hindu Goddess, Sita. The freight services through Jaynagar-Kurtha will also contribute to advancing the trade ties. The Jaynagar-Kurtha section is part of the 68.7-km-long Jaynagar-Bijalpura-Bardidas rail link, which has been entirely built with Indian assistance and, so far, India has spent nearly Rs 550 crore (INR) on the project.

Vision statement on the power sector: The ‘Vision Statement on the Power Sector’ was the major highlight of Prime Minister Deuba’s visit to India. The statement was jointly launched by the two Prime Ministers. The major points in the statement include joint development of power generation projects in Nepal, development of cross-border transmission lines and, most importantly, bi-directional power trade with appropriate access to electricity markets in both countries based on mutual benefits, and market demands.

It is noteworthy that Nepal is home to thousands of Himalayan rivers and, with advanced technology in place, these rivers can provide uninterrupted power to Nepal and then it can export the surplus power to neighbouring countries, including India and Bangladesh, and India has already agreed to purchase power from Nepal.

Over the past few decades, India has also advocated exploring Nepal’s hydropower potential for mutual benefits. Meanwhile, projects like the Pancheshwar Multipurpose Project were signed in 1996 but, to date, even the Detailed Project Report has not been prepared. Despite these challenges, the two Governments are working towards exploring the hydropower potential and the recent progress made in the 900 MW Arun-III hydro-electric project in Nepal is a welcome step. Also, the joint inauguration of the 90-km-long 132 KVDC Solu Corridor Transmission line and substation built under the Line of Credit extended by India further contribute to the sector.

Conclusion: Prime Minister Deuba’s visit to India has exhibited positive and tangible outcomes. The visit re-energised the ‘special ties’ between India and Nepal as these aim to improve bilateral trade and economic relations. The visit also signified India’s commitments toward Nepal under its ‘Neighbourhood First Policy’.

(This is the first instalment of a two-part series on Indo-Nepal relations.)

(The author is a Research Associate with the Vivekananda International Foundation. The views expressed are personal.) 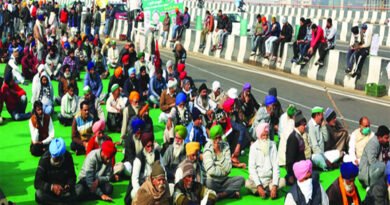 The Internationale: Kumbh of protests 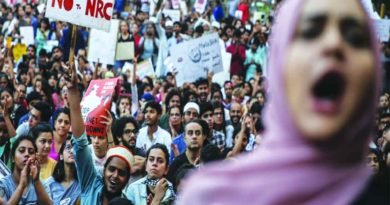 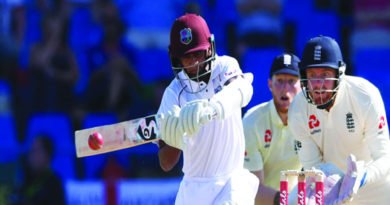