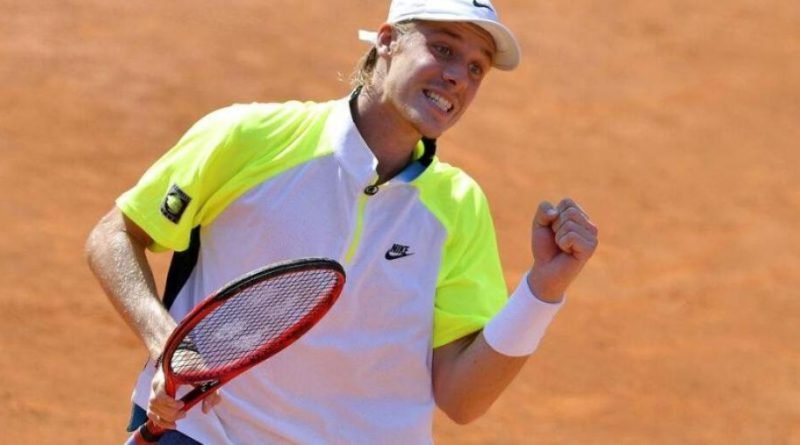 After spending more than 22 hours on court over the previous two weeks at the U.S. Open, where he reached the quarterfinals in both singles and doubles, Shapovalov is still going strong after crossing the Atlantic.

The Canadian recovered from an early break in the second set to beat Spanish qualifier Pedro Martinez 6-4, 6-4 Thursday and reach the third round of the Italian Open.

A few hours later, Shapo was back on court for doubles and teamed with Rohan Bopanna to knock out the top-seeded duo of Juan Sebastian Cabal and Robert Farah.

“Luckily, I’m still 21 years old, Shapovalov said. It’s been a lot of tennis. For sure I’m feeling it physically, no question about it. But I’m getting”good treatment every day. I’m just pushing through it.

“It’s very tough, especially after the Grand Slam. Your body just kind of naturally wants to relax. … But I’m really happy with the way I have been able to maintain my level and maintain physically. Shapovalov will continue playing singles and doubles at the French Open, which starts in 10 days.

“I’m a hard-court player, so it’s definitely not easy matchups for me, Shapovalov said. I’m really happy to be through and really happy with the way my game has transitioned from the hard courts to the clay courts.

Known for his attacking game and stylish shot-making, the 14th-ranked Shapovalov worked on adding more patience to his repertoire with new coach Mikhail Youzhny during the five-month break for the coronavirus pandemic.

“Obviously I like to pull the trigger and go for my shots as early as possible, Shapovalov said. We had a lot of time to really build up the game. Shapovalov was the first player to reach the quarterfinals in both singles and doubles at the U.S. Open since Youzhny achieved the feat 14 years earlier.

“He’s really trying to make me more of all-rounded and smarter player, Shapovalov said of his coach.

Shapovalov will next face Ugo Humbert, who eliminated Fabio Fognini 7-5, 7-6 (4).

Lorenzo Musetti, an 18-year-old Italian who needed a wild card just to get into qualifying, continued his dream run with a 6-3, 6-4 win over Kei Nishikori — having beaten Stan Wawrinka in straight sets two days earlier.

Musetti became the youngest player to reach the third round in Rome since Fabrice Santoro in 1991.

Nishikori was returning from right elbow surgery and missed the U.S. Open after testing positive for COVID-19.

Also at the Foro Italico, which is devoid of fans this year because of the pandemic, Dusan Lajovic defeated Milos Raonic 7-6 (3), 4-6, 6-2 and will next face nine-time Rome champion Rafael Nadal; and Hubert Hurkacz beat U.S. Open quarterfinalist Andrey Rublev 7-6 (6), 3-6, 6-2.

U.S. Open runner-up Victoria Azarenka is also putting together an impressive run, to which she added a 6-0, 6-0 rout of Australian Open champion Sofia Kenin.

Azarenka committed only four unforced errors to 22 from Kenin, who double-faulted on the first match point.

Also, ninth-seeded Garbi e Muguruza eliminated 16-year-old Coco Gauff 7-6 (3), 3-6, 6-3 in an error-strewn match that included 24 double-faults nine from Muguruza and a whopping 15 from Gauff, who was playing her first pro tournament on clay. 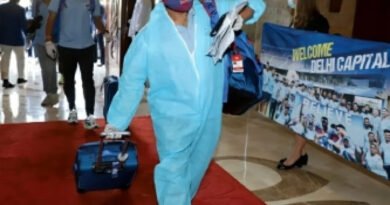 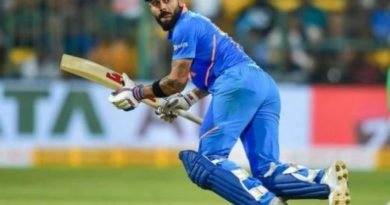 Respect Kohli for taking paternity leave but his absence will impact India: Langer 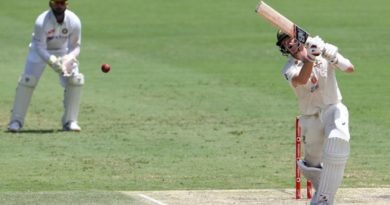