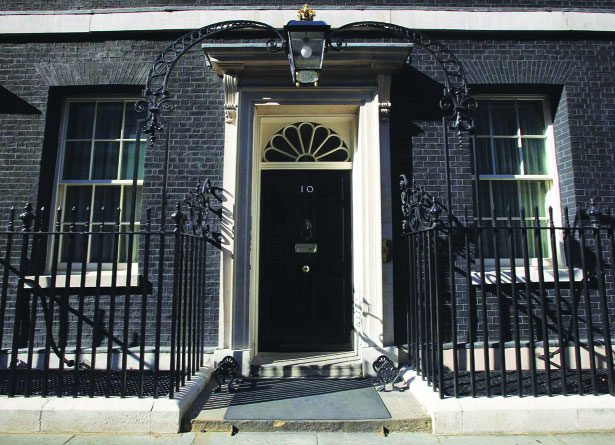 The vibrancy, sleaze and palace intrigues of Indian democracy mirror its progenitor model in Great Britain but it still lacks the latter’s accountability, honesty and professionalism

As the intrigues, twists and moral dilemmas of Indian politics ensue, the brilliant but controversial enfant terrible of British politics, Winston Churchill’s truism about democracy rings true: “The Opposition occupies the benches in front of you but the enemy sits behind you.” Widely hailed as one of the “Greatest Britons”, Churchill had a deeply unsavoury side that manifested in his irrefutable role in the Bengal famine and his clearly racist opinions about Gandhi, Islam and the Jews among others. The quintessential politician had a penchant for party hopping, or “ratting” as it was called.

Never short of wit to describe his political fleet-footedness, Churchill justified jumping from the Conservatives to the Liberals to back the former by saying, “It is easy for an individual to move through those insensible gradations from the Left to the Right but the act of crossing the floor is one which requires serious consideration. I am well informed on this matter, for I have accomplished that difficult process not only once but twice.” However, it can be argued that Churchill’s political dalliances were principle-based and not just sheer opportunism, given the free trade absolutism professed by him — one which got compromised initially by the Conservatives (who developed protectionist instincts) and then by the Liberals.

The Indian democracy is based on the British Westminster style of parliamentary democracy and serendipitously, in the middle of the latest political revolt in Rajasthan, an Opposition leader alluded to Churchill’s predecessor and bete noire, Neville Chamberlain, as an analogy to questionable decision-making. To some extent, the vibrancy, sleaze and “palace intrigues” of  Indian democracy mirror its progenitor model in Great Britain but Indian politics has not evolved on some more substantial aspects like accountability, honesty and professionalism that have a higher imprint in British politics currently.

Put simply, partisan moorings of the British politicians on either side of the fence are more ideological, pronounced and a matter of personal faith. Whereas, in the context of Indian politics, it is a matter of “ticket”, legacy, ambition or even hate of the proverbial “other,” all of which define partisan preferences. In British politics, the evolutionary process is breaking down and the blurring of stereotypes of certain socio-cultural gravitation towards partisan preferences, for example, Tony Blair’s New Labour movement, is on. But religion, race, ethnicity, background or region still drive overwhelming preferences in the Indian context.

A uniquely Indian phenomenon of playing down one’s personal ambition in favour of ascribing sharp political move to “what my supporters would advise” or conversely in “abiding by the party whip as a loyal soldier of the party” is hilariously untrue, cliched and convenient.

Another tired expression that barely masks the reality is the attribution of getting caught (prima facie) in a sticky situation to a rote and insipid, “it is a political conspiracy against me.” The largest democracy in the world has not evolved in matters of expression, honesty and justifications. Continuing double standards of morality have been thrown into the admixture to truly exemplify the saying, “Politics is the last refuge of the scoundrel.” Not really so in British politics.

In Britain, there is a finely developed culture of “internal democracy” that frequently and openly facilitates cross-party voting on crucial matters. Brexit was a typical example of multiparty huddles that composed the Brexiteer camp or the Remainiacs. In Indian politics, to assume intellectual or ideologically contrarian positions from the party leadership stand (even neutrality, if not opposition) is the surest and fastest test of “disloyalty” that amounts to political suicide.

The dictatorial strain of an obsequious “high command” culture is celebrated and not frowned upon — literally from attributing divinity to professing blind faith. This is par for the course in Indian politics.

Another remarkable difference is the relative grace with which incumbents to the high offices bid farewell, often willingly. Four of the last seven Prime Ministers of the UK left 10 Downing Street not owing to electoral defeat by the Opposition party but due to leadership changes necessitated on account of their own diminishment within the ruling party.

More importantly, age is not the criterion to justify their over-staying at the political centre-stage. A 49-year-old David Cameron left active politics with his final farewell speech comment, “I was the future once.” Cameron had resigned after the Brexit referendum went against his stated position to “stay” and he assumed moral (not legal) responsibility for the result. His exit paved way for his colleague Theresa May. Later, May herself was unable to see through the Brexit task and was replaced by her party member Boris Johnson.

Importantly, May had no qualms about assuming the “back bench” and continues to serve her constituency as a regular Member of Parliament. May’s farewell speech as the Prime Minister concluded with, “I will shortly leave the job that has been the honour of my life to hold — the second female Prime Minister but certainly not the last. I do so with no ill-will but with enormous and enduring gratitude to have had the opportunity to serve the country I love.” Such graceful political exits are unthinkable in the Indian context.

Our politicians perpetuate the ostensibly selfless line of “serving the people” with much grandiosity and pomposity even as the uniquely Indian phenomenon of “resort quarantining”, “horse trading” and “accommodating rivals till recently with ministerships” continues. No political party in India can honestly claim to be cleaner than the other.

Candidates of dubious personal credentials win votes and seats for all parties — only the “monopoly on truth” changes hands with the dispensations in power, who dominate the airtime. While we have a lot to begrudge Winston Churchill for what he believed in and inflicted on India, his words were profound nonetheless, “In war, you can only be killed once but in politics, many times.” This moral or ideological death seems to be an insignificant price in our politics as we are able to adjust to any narrative, irrespective of the substance. 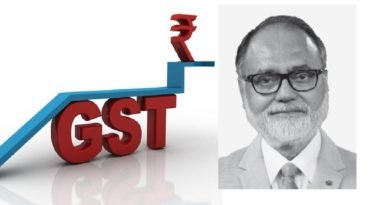 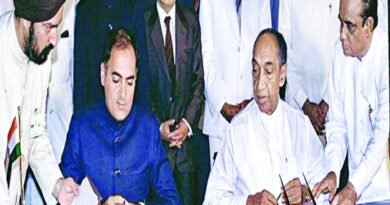 Of Sri Lanka and the Andamans 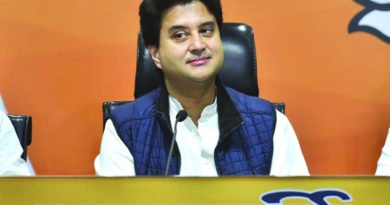