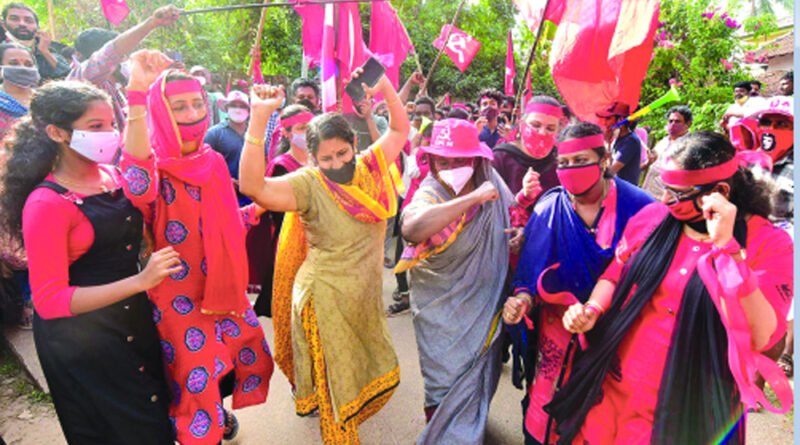 As it seems, the Communists are themselves to blame for the deep fall that they find themselves in, from Tripura to West Bengal

Kerala was the first State in the world to have an elected Left Government. It may well be the last in India; the two strongholds of the Left Bengal and Tripura have already fallen. Today, Kerala is the only state where the Left is in power. It is rare for any party to repeat the term but the Left has done it and must be happy about it.

However, their happiness may be short-lived. The Left has done everything to decimate itself and make it irrelevant to Indian politics. Though It would be too early to write its obit, one thing is for sure; there is something wrong with the Left. When the CPI loses its national party status and the CPM holds on to it, it should be a cause of concern for the Left leaders, the win in Kerala notwithstanding.

Fifteen years back, the left alliance had 59 seats. That has come down to five, four courtesy DMK. The political pundits may be worried about the Congress, but it is the Left that is a politically endangered species right now. The Left parties that should have been at the forefront to voice people’s concerns are nowhere on the streets. The Left is silent on unemployment, rising prices, privatisation, crony capitalism. The concern for the poor is at the core of the Left ideology. The Left should have made big strides in times of economic meltdown and communal distraught but that is not happening.

The Left has not able to strike the right chord with people. This is bad for Indian democracy. In our democracy, there is a place for all shades of political ideologies — Right, Left and Centre, even fringes. The burnout of the Left leaves large sections of society rudderless and voiceless. Tribals, Dalits, the downtrodden, landless laborers, peasants who looked up to the Left have to seek mentors. The Left is to blame itself for its current state. It turned against the very people it was supposed to protect and nurture.

The Left did some path-breaking work in its early days. Operation Barga, the land reform programme, which gave a big blow to feudal agriculture, was one such programme. It managed communal harmony well. Barring a few skirmishes, no communal riots were reported from the Left-run States. It did instill in common people that they had a place in Indian society, but it all fizzled out soon.

It doesn’t take too many follies to kill you in politics. A single blunder is enough to push you out of the game. The Left has shot itself in the foot many a time. Its Politburo became a club of bhadralok out of sync with reality. It became deaf to new voices and failed to adapt to Indian conditions.

In 1977, the Jyoti Basu-led Left dispensation came to power in West Bengal and went on to rule for 34 years. Its major election plank was to punish policemen and the Congress netas who indulged in excesses in the name of countering the Naxalbari movement. The Haratosh Chakravarty committee was appointed, which recommended action against certain individuals and policemen. Not only no action was taken against those involved and even indicted policemen were given promotion. The reason was, of course, that the Left wanted to show that it was mainstream and had nothing to do with the ultras. It abandoned the very people who were part once part of it. No efforts were made to bring them into the mainstream. The CPI(M)-led Government in West Bengal was using the Central armed forces and even seeking help from Israel to crush the tribal movement in Lalgarh.

The final blow in West Bengal came when Buddhadeb Bhattacharya tried to forcibly acquire 997 acres of agricultural land in Singur. Thereafter, the Left became a relic of the past.

What Buddhadeb did in Bengal, Pinarayi Vijayan is doing in Kerala. There is anger among the farmers against the land acquisitions in Kerala. The Government is evicting farmers and acquiring land. The cadres are helping it by burning makeshift shelters of the protesting farmers. In a typical emperor style, Vijayan ignominiously shunted out KK Shailaja from his new Cabinet. But he might end up wiping the Left from the State instead.

The Left is caught in a quagmire. It missed the “historic opportunity” to have a Left Prime Minister. Its leaders fail to see things from an Indian perspective. Rather, it borrowed the template from China, for which it is often criticised. The Chinese goods and ideas don’t last in India. It made little effort to understand the Indian mindset. It couldn’t take on the Right-wing; in an ostrich-like manner it never addressed the question of religion in politics. In fact, its vote bank shifted to the BJP. It contemplated a just society based on human dignity but never bothered to even ban the man-pulled carriages in Kolkata.

Not many Left leaders are visible today. In the era of TV, your presence matters more than your work. And right, now its presence and work are both suspect.

(The writer is a columnist and documentary film-maker. The views expressed are personal.) 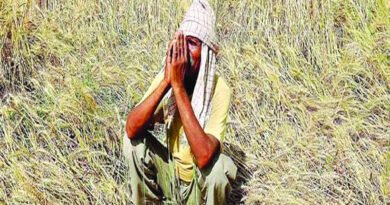 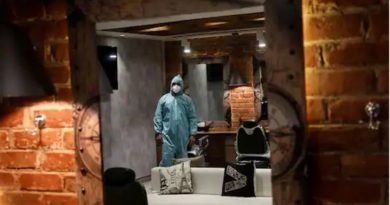 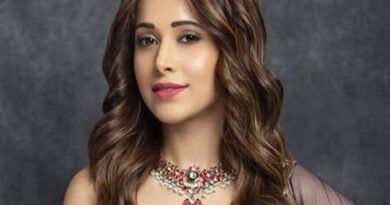