The tragedy of the community is that it has no leader who can carry forward the legacy of its Gurus. Followers do not understand historical perspective or geo-political games

Who wants Khalistan? The native Indian Sikh community in Punjab has absolutely no interest to discuss the subject even in routine life. The Sikh diaspora, attached with the mainland, too, has no interest in this issue. But some disgruntled groups, prompted by foreign funding, are running a futile campaign to raise the subject without any support from credible places. And a misguided section of the Sikh diaspora has planned an unofficial vote on statehood in 2020. The Sikh community in India is the most progressive and prosperous one in the country. Its members have proudly represented high offices — that of the President and the Prime Minister, the Army General, top bureaucrats, technocrats and State heads. Independent India, which comprises 80 per cent Hindus, has showered tremendous love and respect to the two per cent Sikh community residing here. It can be a unique case to study anywhere in the world wherein an overwhelming majority of the population has voluntarily offered respect and position to the almost dismal-sized minority.

Of course, there are differences of opinion and governance disputes within the family but the two communities have integrated well enough to be bifurcated by vested foreign interests. A desperate Pakistan, led by the Inter-Services Intelligence (ISI), has put much at stake to abet the Khalistan movement since Operation Blue Star. There are Western interest groups, too, that are based in the US, Canada and the UK, which are putting in lopsided efforts to flame the fire so as to keep our progress in check. At the same time, they are keeping the Indian Government in good humour to balance a new emerging world order.

Lately, even the once sympathetic countries have decided to come up with a clear policy of not supporting Khalistan. Canada rejected it, saying, “Canada respects the sovereignty, unity and territorial integrity of India and the Government of Canada will not recognise the Punjab 2020 Referendum.” Punjab Chief Minister Captain Amarinder Singh said that the categorical stand taken by the Justin Trudeau Government on this issue is exemplary. He hoped that other nations and Governments, too, would come out against the Sikhs for Justice (SFJ), a US-based group, which was banned by India as a terrorist organisation last July. It has been involved in recent anti-India protests in the US, the UK and Canada, which have been indirectly sponsored by Pakistani agencies. Singh warned that failing to oppose the separatist SFJ could set a dangerous precedent for any country; this could be seen as a covert support to an organisation that freely propagates secessionist activities.

Weeks ahead of the formal opening of the Kartarpur Corridor between India and Pakistan in 2019, New Delhi had shared a 23-page dossier about Khalistani anti-India propaganda led by Gopal Singh Chawla. An asset of the Pakistani intelligence agency, Chawla is the former general secretary of the Pakistan Sikh Gurudwara Prabhandhak Committee and president of the Punjabi Sikh Sangat. He is a well-known Khalistan proponent, who often spews venom against India in his speeches and supports terrorism in Punjab.

In October 2018, in a telephonic interview, Chawla had confessed to having knowledge of the role of the Khalistanis in the killing of RSS leaders in Punjab. “The killing of the RSS leaders will continue in Punjab. RSS leaders are our very first target. We don’t want any interference of the RSS in our gurdwaras or in Punjab.” On being asked about the support of globally-designated terrorist and chief of the terror group, Lashkar-e-Tayyiba, Hafiz Saeed, Chawla said: “I have had relations with Hafiz Saeed and they continue even now. Doesn’t mean we operate together. Saeed is my ideal person. (sic).”

While several ISI chiefs in the past have been vocal supporters of the Khalistan movement, including former Army General Hamid Gul, the Pakistani deep State seems to have now embarked on the K2 (Kashmir and Khalistan) strategy with a new-found hate and vengeance. A part of this hatred stems from the fact that diplomatically, Pakistan has failed to gather global momentum against India. Post the abrogation of Article 370, terror groups in Kashmir have been at their weakest in the last three decades.

The SFJ argues that Punjab is “currently occupied by India” and vows to organise a non-binding vote — both in Punjab and 20 countries where the Sikh diaspora exists — on an independent Khalistan. The group has not disclosed how it will be able to organise the vote in India or how it will establish its representative legitimacy.

In Punjab, the State Government has traditionally been dominated by either the  Congress or the Shiromani Akali Dal — a conservative, Sikh-majority, pro-autonomy Punjabi party that is currently not striving for independence, despite the fact that in past times, some of its leaders and factions had been secession proponents. Now Amarinder Singh has emerged as the tallest nationalist leader, who has the support of the entire State and the Indian Sikh community. The so-called vote by the SFJ, therefore, remains a non-starter in  mainland Punjab.

Secessionists have ignored certain historical facts from the Partition in 1947 to 1984. For that, we have to revisit Punjab’s history. In the later part of the 15th century, Sikhism had been proclaimed by Guru Nanak as a new monotheistic religion that rejected both Hinduism and Islam and rapidly gained followers. Perceiving the growth of the Sikhs as a threat, Mughal authorities began to persecute them. And in 1606 Sikh leader Guru Arjan Dev was executed by Mughal emperor Jahangir, apparently for helping prince Khusrau.

Sikhism split into two movements: One led by Guru Arjan Dev’s son Guru Hargobind, who began to regard his father as a martyr. He became more political and militaristic and started organising armed rebellions against the Mughals. The other was led by Guru Arjan Dev’s older brother Prithi Chand, who focussed on peace and non-violence and rejected uprisings. The Sikhs first raised their weapons against the Mughal empire under Guru Hargobind. The 10th and the last Guru, Guru Gobind Singh, organised Sikhs into a military sect called the Khalsa in 1699 against the Mughal emperor Aurangzeb. Guru Gobind Singh was formally installed as the leader of the Sikhs at the age of nine. His four sons died during his lifetime — two in battle and two executed by the Mughal Army. Unfortunately, Chawla ignores historical facts. He has been blindfolded to read the script written by Pakistan and destabilise India. Likewise, a tiny section of the affluent, well-accomplished but confused Sikh diaspora leaders are distorting the image of the community by their actions and ignoring the history of the great Khalsa.

The tragedy of the Sikhs is that they have not found a leader worthy of carrying forward the legacy of their illustrious Gurus since Maharaja Ranjit Singh. Present-day leaders have no intellect to understand the historical perspective and current geo-political games where they are being used as pawns. We are still trying to get over the fallout of the misrepresented leadership of Jarnail Singh Bhindranwale. Now another “visionary”, Gurpatwant Singh Pannu, wishes to lead the Sikhs by carrying forward the legacy of Bhindranwale. No one has divided the Sikhs more than Bhindranwale. He has also poisoned the minds of our youth, who have limited understanding of our faith and history but feel angry due to the attack on the Golden Temple.

It is high time that this disgruntled group sheds violence and anti-India activities. For what its leaders are selling is an illusion. The glorious sacrifice made by the Sikh community for their motherland is unparalleled. The contribution made by this community towards nation-building remains second to none.

(The writer is Editor-in-Chief of Opinion Express) 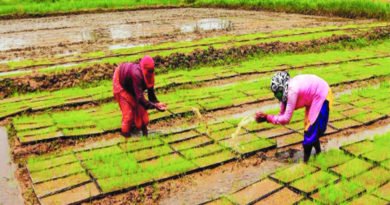