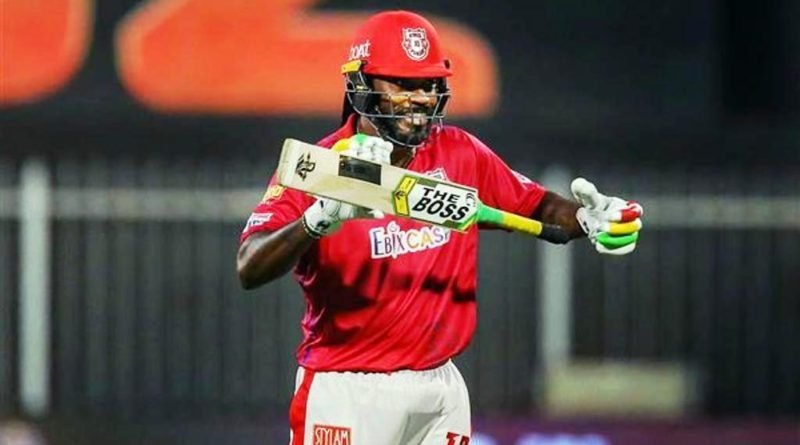 Sharjah, October 27 dmanewsdesk:  Kings XI Punjab opener Mandeep Singh, who is grieving the loss of his father, was in awe of Chris Gayle’s power-hitting against Kolkata Knight Riders, and described the Jamaican as the “greatest T20 player” of the game.

Casing 150 on Monday night, Gayle, who was overlooked and was also ill in the first phase of the IPL, showed why he is called the ‘Universe Boss’ during his innings of 51 off 29 balls.

Gayle’s and Mandeep, who anchored the chase with an unbeaten 66 off 56 balls, shared 100 runs in 10.1 overs to help KXIP jump to the fourth spot by registering their fifth win on the trot.

“Chris (Gayle) makes the game so easy and I told him that you should never retire. I’ve never seen him struggle, and he’s probably the greatest T20 player ever,” Mandeep said after the eight-wicket win over KKR here.

Gayle was adjudged man-of-the-match for his whirlwind knock, his second fifty in five matches.

“Like I said, he should never retire, he’s always in great touch. I’ve been lucky that I’ve played with the likes of Chris Gayle, AB (de Villiers), (Adam) Gilchrist, Virat Kohli…

“I started with Chris Gayle in KKR in 2010. I’ve been very fortunate to know him as a friend. He’s so humble, down-to-earth,” Mandeep said.

Mandeep has shown exceptional mental toughness by staying back in the UAE despite losing his father and was given the responsibility of opening the innings in the absence of an injured Mayank Agarwal.

He made a quick 17 against Sunrisers Hyderabad but on Monday he stayed till the end to take the team through.

“I opened in the last game as well, they wanted me to have a go in the first six overs,” Mandeep said.

“I told (skipper) KL Rahul that let me play my game, even if I take a few balls, I know I have the belief that I can win games for the team. That’s what I did.

“I took some balls initially, but even in the middle overs, I was thinking that if I bat till the end I will win this game for the team,” he said.

KXIP, who had earlier lost five in a row, scripted a brilliant comeback and will face Rajasthan Royals and Chennai Super Kings in their remaining two games.

Mandeep said KXIP were a bit unlucky initially but they always had the self belief.

“We were a bit unlucky as well initially, but we were playing some good cricket from the start but we need to finish games, whether in batting or bowling,” he said.

“It’s just the self-belief that we showed in the last few games, that no matter what we have to keep fighting in every game. I think that’s about it. Now a bit of luck is also favouring us and we are really happy.”

Mandeep also showered praise on young leg-spinner Ravi Bishnoi, who initially turned it around for KXIP with the prized-scalp of KKR skipper Eoin Morgan.

Morgan was looking in ominous form with a 25-ball 40 in an entertaining partnership with Shubman Gill (57) but his departure dented their progress.

“He (Bishnoi) has a big heart. And I remember when I came to the IPL first time in 2010, I was very nervous and couldn’t even talk to senior players. He’s just playing as if he’s playing his fifth IPL. The loss took KKR out of the top-four but opener Gill said they have it in them to qualify,” he said.

“I think we still have two more matches to go and we are pretty confident that we will be able to qualify for the playoffs.”

“It was not just our day. Our batsmen got out early to some good balls. I think in the middle overs, we were still going well with 92/3 but after Morgan’s wicket, we just lost momentum,” he said.

“I think we were 15 to 20 runs short. In the middle overs, we’re not able to rotate the strike, if we were able to do that we would have got 20-25 runs more than this wicket.”

KKR will play CSK on Thursday before their final league match against Rajasthan Royals on Sunday. 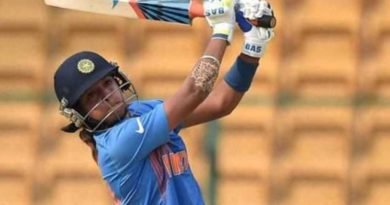 Harmanpreet excited about returning to cricket with Women’s T20 Challenge

Toned down aggression was to win back fans not protect IPL contracts: Cummins on Clarke jibe 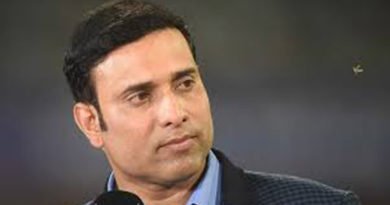