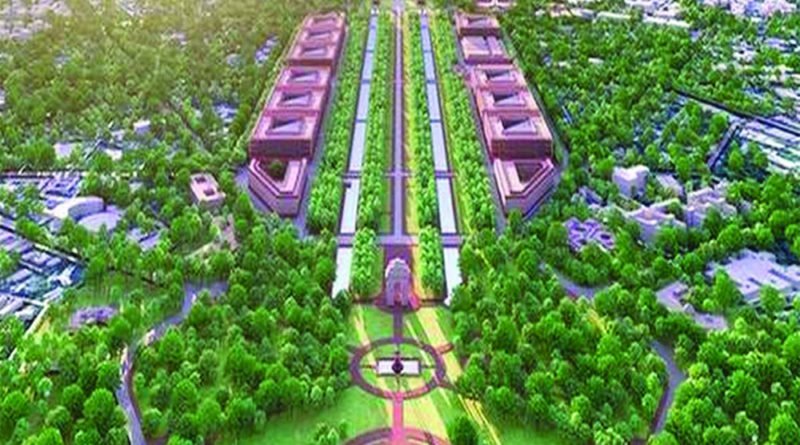 Restructuring the Lutyens’ zone will take away the city’s soul and character. It will irreversibly deface the city and rob it of its identity and uniqueness

Sir Edwin Lutyens’ Delhi, with its heritage and a grace so fragile, will soon be scarred and disfigured as its iconic architecture and lush greenery may give way to modern buildings after the Union Government remains steadfast with its plan to redevelop its stretch from the Rashtrapati Bhavan to the India Gate and even beyond till the Yamuna front.

Some of the mansions sprawling in the cool, green light of the day, with their symmetry — striking and flawless — are waiting to be razed to the ground. The trees that have stood witness to history may not survive to tell a tale of another day. The amaltas trees that broke into soft yellow blossoms every summer, the sun-warm jamuns dotting the grassy grounds and the bitter-sweet smell of neem pods when crushed under the feet after rains may slip into the twilight sepia of oblivion, though assurances continue of no trees being felled during the exercise.

Lutyens’ Delhi stands as a tribute to the time and the timeless spirit of the city. The leafy boulevards walk you back to the memories of an era bygone under a soft lilac sky. Generations have grown up to identify the city with its pristine architecture shimmering in the amber sunshine like a jewel unspoilt in the emerald green. The Central Vista, with some of the most iconic buildings of Delhi, came into being when the British capital was shifted to Delhi from Calcutta in 1911. Architects Edwin Lutyens and Herbert Baker designed large sections of the area with iconic features but could not complete their task. The green expanse left was later filled up with buildings that house Central Government offices, though these are no match to the Lutyens’ creations.

Restructuring the Lutyens’ will take away from the city its soul and character. It will irreversibly deface the city and rob it of its identity and uniqueness. The stakeholders, however, claim that this will not affect the imposing edifice and architecture as conceived by Lutyens as long as all the regulations are followed.

The revamp has been proposed to meet the crushing need for space and reflect the aspirations of a new and resurgent India as pleaded by Government sources. But then, why can’t the lawmakers and Government employees find space to live and work elsewhere in this ever-expanding city? The swathe of green and high-end lifestyle of Lutyens’ Delhi cushions its residents from the hoi polloi, from the crowded zones where the city lives and breathes. The ruling elite will have a real taste of life in the capital if they rub shoulders with the commoners. It will give them a hands-on feeling of the traffic jams, the crowd and the dust, the filth and the garbage, poverty and lawlessness, lack of orderliness — all of which are unheard of within the safe bastion of Lutyens’ Delhi, like the palace of Oscar Wilde’s The Happy Prince, where sorrow was not allowed to enter.

The proposal envisages only the three top-most functionaries of India’s democracy, the President, Vice President and the Prime Minister, living and working from the Raisina Hill. The Central Vista revamp brings down the babus literally from their exalted position on the Raisina Hill to the plains, alongside the Rajpath. Is there a message, too, that they are only public servants? The North and South Block will be converted into museums — but do we need more of them and that, too, within Lutyens? We already have the national museum and the archives. Having swarms of visitors in these huge buildings every day will necessitate heavy police presence in view of their proximity to the presence of the highest dignitaries of the country.

Ten square doughnut-shaped buildings, comprising 51 Ministries of the Central Government, will come up at four locations of the Central Vista. One of them would replace the Indira Gandhi Centre for Arts near a roundabout with heavy traffic density. The police or the NDMC will be under tremendous pressure to cater to the extra load of traffic, parking, civic and other amenities.

In addition, hutments are to be razed to house office complexes, robbing the heritage zone further of its greenery and open space. The subways and the metro link to be provided for seamless movement between the office complexes are a mammoth exercise, difficult to be executed without altering or scarring the beauty and symmetry. The proposal to add another building to the existing Parliament House will again encroach upon the green expanse left alone so thoughtfully by Lutyens and Baker to preserve the unique façade of New Delhi.

Around 2,000 people filed objections with the DDA and 1,200 were called for hearings.  Some averred that the change in land use was not legally tenable. Others felt that the revamp cannot be done in isolation without considering the surrounding zone. Besides, a detailed study is required to study the impact of the resultant pressure on civic amenities, traffic and transportation.

Experts have also warned that any plan of such magnitude should not be executed in haste. They have cited instances of great cities that have integrated modern refurbishments with iconic historical structures seamlessly and have befittingly renovated heritage structures to suit our new-age demands. Even cities like Washington DC, London and Paris have been modernised where new-age architecture has been blended and balanced with the heritage look and the old-world charm.

In this great city, our countrymen and our generations to come have a stake. For a project of this significance and in a location as critical, there needs to be a widespread consultation before taking any such decision of historical significance. And finally, the moot point is: Whether there is a need for such a project at all?

The best thing heard about the Central Vista revamp is the shifting of the residence of  the Prime Minister to the Rashtrapati Bhavan precincts. This will clear up an important arterial road from that zone to South Delhi. Lutyens’ Delhi needs to be decluttered further. All political party offices and the sarkari ones working from hutments within New Delhi should be moved out, extending the green belt further. Why not conduct an exercise to assess whether so many Ministries are actually required? Babus of our exalted bureaucracy won’t undermine their own strength. We need an outside expert to deliberate, something on the lines of the recent restructuring of myriad cadres in the Railways. Let the core strength remain in Lutyens’ zone and the rest moved out to marked areas like the CGO complex or in new hubs. In this digital age with the facility of video conferencing, do we need overcrowding and increasing pressure on civic amenities in a heritage zone?

Instead, the iconic India Gate environs, giving the impression of an embattled fortress with police barricades and fortifications, need to be further opened up and beautified. The majestic Rajpath Lawns lie trampled under the ugly green PWD poles for almost six months of the year, half in preparation for the January 26 parade and the other half in dismantling the whole façade. It’s time to decide whether a resurgent India, whose democratic credentials are solidly established, still needs to purvey its military might in a parade every Republic Day.

With evidence of continuous settlement since the 6th century BC, Delhi is one of the oldest inhabited cities in the world. Destroyed several times as it passed into the hands of many ruling dynasties, the city has been built and rebuilt around its treasured ruins. And now, with plans to revamp the Lutyens’ Delhi, the city once again stands muted at the crossroads of time, war-weary and subdued, pleading with a broken soul to be left alone.

(The writer is former IPS officer and Central Information Commissioner) 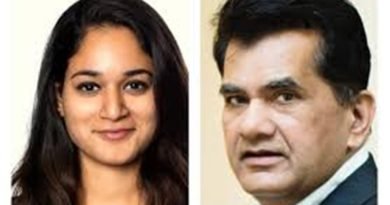 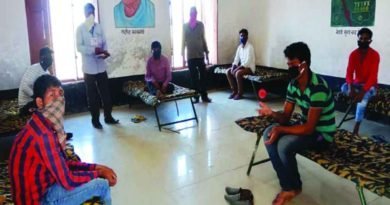