Mumbai July 15 dmanewsdesk: Actress Vaani Kapoor has started shooting for her upcoming film “Bell Bottom”, and she says she is just happy to resume work after a long break.

“I, honestly, am just happy with work resuming after a long break. One will of course have to be extra cautious and keep all preventive measures in mind but it feels exciting to embark on a new journey!” Vaani said.

The film’s lead star Akshay Kumar and the producers have taken the decision to start shooting the film and apparently it will be filmed in Scotland.

On working with Akshay for the first time, Vaani said: “Well, this is a great opportunity for me! I have great respect for Akshay sir. It’s super exciting and I am really looking forward to the experience.”

The actress will be shooting for the first time in Scotland and, although not confirming the location of the shoot, Vaani says she is looking forward to making memories despite the pandemic.

Inspired by true events, the film is set in the eighties and narrates the story of one of India’s forgotten heroes. Directed by Ranjit M. Tewari, “Bell Bottom” is scheduled to go on floors later this year. It is written by Aseem Arrora and Parveez Shaikh. At this stage of my life, I’m looking for projects I enjoy: Naseeruddin Shah 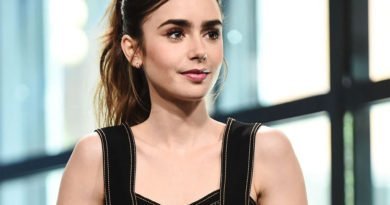