New Delhi Apr 3: The much awaited arrival of the Disney+ content on the Hotstar platform in India is finally official. The new update for the app, with all the Disney+ content has gone live across platforms including Android, iOS, Apple TV, Amazon Fire TV Stick and Android TV. You can also access the new look Disney+ Hotstar on the web browser. Earlier this week, Hotstar had announced that they would bring Disney+ content for Indian users on April 3, after a slight delay from the earlier plans. Mind you, new subscribers as well existing subscribers (when it is time to renew the subscription) will have to pay more than what they paid till now for Hotstar Premium and Hotstar VIP. The Disney+ Hotstar VIP subscription will now cost Rs 399 per year, which is up from Rs 365 per year till now. The flagship Disney+ Hotstar Premium subscription now costs Rs 1,499 per year, which is up from Rs 999 per year till now. While some of the Disney+ content is available for VIP subscribers as well, you would still need the Premium subscription if you want access to Disney+ original content such as the Star Wars spinoff ‘The Mandalorian’ or all the movies under Marvel, Star Wars, Pixar, and Disney.

Some of the original Disney+ content on Disney+ Hotstar includes The Lion King, Frozen II, Toy Story 4, Aladdin as well as the Avengers and Star Wars franchises. “With the success of Hotstar, we ushered in a new era for premium video streaming in India. Today, as we unveil Disney+ Hotstar, we take yet another momentous step in staying committed to our promise of delivering high-quality impactful stories for India that have not only entertained but also made a difference in people’s lives, a promise that is even more meaningful in challenging times such as this. We hope the power of Disney’s storytelling, delivered through Hotstar’s technology, will help our viewers find moments of comfort, happiness and inspiration during these difficult times,” Disney APAC president and Star & Disney India chairman, Uday Shankar, said in a statement.

Disney+ was earlier supposed to launch in India on March 29, with the company testing some of the content by releasing it to some users around March 10. The company took a day before it reverted back and said that the rollout was part of beta testing. In India, the arrival of Disney+ Hotstar adds to the very competitive video streaming space which includes Netflix, Amazon Prime Video, Voot, Sony Liv, Zee5, Jio Cinema, Eros Now and more 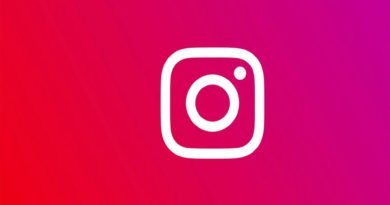