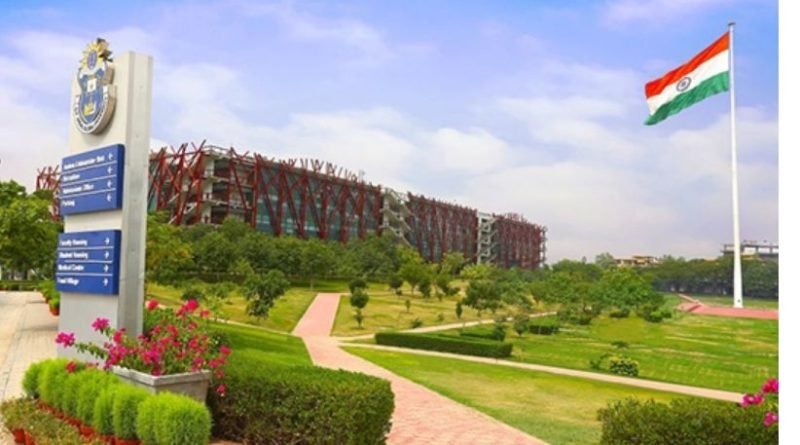 Sonipat, October 30 dmanewsdesk: O.P. Jindal Global University (JGU) has signed a Memorandum of Understanding (MoU) with the Ministry of Education, Government of India and has been conferred the status of an Institution of Eminence (IoE).

This is a historic recognition for JGU as all legislative, regulatory and procedural requirements under the IoE regulations have been duly met, enabling JGU to function as an ‘Institution of Eminence’. The IoE Policy was launched to implement the commitment of the Government of India to empower Universities and Higher Educational Institutions to help them become world-class teaching and research institutions. The responsibility of the selection and recommendation of ‘Institutions of Eminence’ was entrusted to an Empowered Experts Committee that was appointed by the Honourable Prime Minister of India, Mr. Narendra Modi.

On this historic occasion, the Founding Chancellor and benefactor of O.P. Jindal Global University, Mr. Naveen Jindal observed, “I am immensely delighted that JGU has been conferred with the status of an Institution of Eminence. This is an incredible recognition for JGU and is a great tribute to the extraordinary achievements of the university. JGU was established in the memory of my father, Shri O.P. Jindal who believed in education, entrepreneurship, philanthropy and nation-building. Our vision is to produce outstanding leaders who will make a true difference to the communities in which they live. I congratulate the Vice-Chancellor, faculty members, students, parents of our students and the staff of JGU for their hard work, commitment and dedication, which led to this fantastic recognition in a decade since its inception. In our journey towards becoming a world-class university, we will leave no stone unturned and make every effort to enable JGU with resources, academic freedom and autonomy that will help JGU flourish further. I am confident that this will help us achieve the highest standards of institutional excellence on a global platform.”

In October 2020, a Review Meeting was held on ‘Institutions of Eminence’ under the Chairmanship of the Union Cabinet Minister for Education, Mr. Ramesh Pokhriyal ‘Nishank’, following which JGU received the official letter from the Ministry of Education, Government of India conferring the status of the ‘Institution of Eminence’ (IoE). The signing of the MoU with the Ministry of Education of the Government of India was held today, 29 October 2020.

Professor (Dr.) C. Raj Kumar, Founding Vice-Chancellor of O.P. Jindal Global University said, “Today is a red-letter day in the history of JGU. With the conferment of the status of an ‘Institution of Eminence’ to JGU, we have entered into India’s own ‘Ivy League’ equivalent of top 10 public and top 10 private institutions. Therefore, JGU is exempted from most regulatory controls and has been given full autonomy. When JGU was established in 2009, the goal was very simple: to build a world-class university in India. The fact that we have received this recognition in little over a decade speaks volumes about the extraordinary contributions of the students, faculty members and staff of JGU. It is our aspiration to achieve excellence, while benchmarking JGU with leading institutions around the world. Our founding Chancellor, Mr. Naveen Jindal had set a global benchmark for Indian philanthropy by establishing JGU and enabling it to achieve great heights of excellence in a short span of time and we are grateful to him for his transformative leadership in promoting philanthropy in higher education.”

Professor C. Raj Kumar, reflecting on JGU’s formidable presence in global rankings of universities, observed, “JGU broke into the QS World University Rankings on all three levels – Asia Rankings, BRICS Rankings and the World Rankings, having been recognised as India’s Number 1 Ranked Private University as per the latest QS World University Rankings and among the top 150 in the world in the latest QS World ‘Young’ University Rankings. However, being recognised by our own country for what we stand, for what our vision is, for what we have achieved, and for what we intend to accomplish in the years to come is profoundly encouraging for us. This recognition will serve as an inspiration for us and JGU will continue to reach new pinnacles of success in learning and knowledge creation and will be a benchmark for excellence as India’s Global University.”

Professor Dabiru Sridhar Patnaik, Registrar, JGU said, “JGU has always aspired to create a world-class university in India and help create global leaders. To be recognized as an ‘Institution of Eminence’ has been an important milestone to further our vision of increasing the global footprint of Indian higher education. This particular effort has been a three-year project, which has finally culminated into the highest status of IoE being conferred to JGU by the Government of India. This is a recognition of our pursuit of excellence in the field of education where our decade- long journey has today culminated into 10 inter-disciplinary schools, with more than 6500 students and over 730 full-time faculty members.”

Institutions that found a place among the top 50 in the National Institute Ranking Framework rankings or those figuring in the top 500 in certain reputed international ratings were eligible to apply. Eventually, only 10 public and 10 private institutions were selected. The public universities will receive financial support from the government and in the case of the private institutions proposed as Institutions of Eminence, there will be no financial support, but they will be entitled to more autonomy as a special category Deemed University.

(Disclaimer: The above content is a press release. PTI takes no editorial responsibility for the same.) 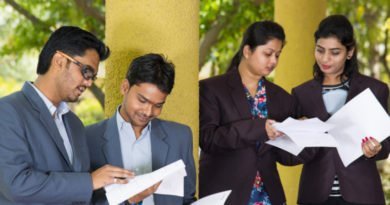 AICTE to host a webinar on ‘revisiting management education in India’ 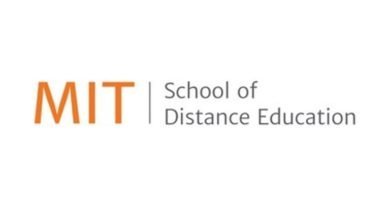 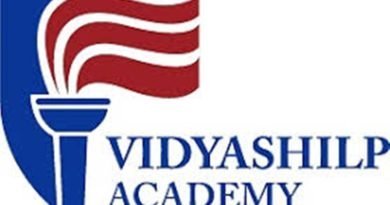