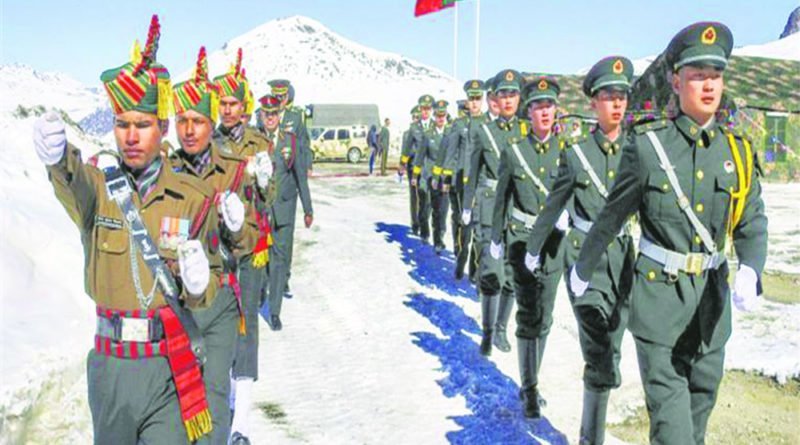 The Modi Govt is in a fix today, not because of the negligence of previous regimes but because of its own deliberate neglect of the military. We have failed to learn lessons

An interesting anecdote doing the rounds among military veterans’ groups on social media pertains to an incident just after the 1971 war. A young officer performing duties of the Regimental Adjutant, the principal staff officer to the Commanding Officer, was approached by an extremely engaging and popular ex-serviceman — who was employed by a well-known corporate — for an authority letter to continue drawing canteen stores from his unit. This was a common occurrence in those times when smart cards were yet to make an appearance. However, on a hunch, the officer decided to obtain verification of his antecedent prior to signing the certificate from the office that maintained departmental records.

Surprisingly, it turned out that the individual was a deserter from the Army and had absconded from his unit during the Sino-Indian conflict of 1962 while his unit was deployed in the combat zone. On receipt of this information, as was expected, the ex-soldier was apprehended and questioned. He accepted his guilt and explained that after his unit was overrun by the Chinese, he successfully evaded them and escaped to Bhutan where he got himself a job. One thing led to another and he settled into civilian life and never rejoined the Army. As is customary, he was brought before a court-martial; was found guilty and sent off to serve time in jail. However, the commanding officer being a kindly soul and displaying immense empathy for the convict, convinced his company to retain him on the rolls, while also arranging to look after his family till he had served his sentence. Thus, on his return, the former soldier not only got his job back but was also able to finally shed his sense of guilt and apprehension that had haunted him all those years.

This is a simple straightforward tale of being held to account for one’s misdeeds, which fortuitously ended well for the soldier and his family, despite all the trials and tribulations that he must have faced. A contrarian view would suggest that in all likelihood, he had probably been traumatised by his world collapsing around him when his unit disintegrated in battle, leaving him to fend for himself. Given his experience and mental state — where there was no sufficient ground for mitigation — should he not have been  absolved of all wrongdoing? Of course, while this question may draw differing conclusions, depending on one’s point of view and interpretation of the law, what cannot be disputed is that he was guilty of fraudulently attempting to obtain benefits authorised only to military veterans. He deserved to be held to account. Ironically, the account does not make clear whether the latter aspect was glossed over or even considered.

But here is the thing that the young soldier was undoubtedly an insignificant cog in that vast military machine and yet, he was held to account for the error he had committed. One wishes that those responsible for derailing the military and forcing it and this country to live through years of ignominy of defeat had also been meted out justice in a similar manner. The sad truth is that they got away without being held accountable as neither resignations — like that of Krishna Menon or General Thapar, the Army Chief — nor deprivation of further promotion, as some others faced, can be called punishment enough. At the minimum, those responsible should have certainly faced disciplinary proceedings, maybe even have had their pensions stopped, as was the case with General AAK Niazi after he surrendered in Dhaka. After all, surrendering 37,000 square km of the territory that we claimed as ours to the Chinese was no small matter. Yet, how did we respond to this humongous  disaster? Shamefully, to say the least, the Government did transfer the individual entrusted with the defence of India, the then Defence Secretary O Pulla Reddy, but subsequently nominated him as the founding Vice Chancellor of Andhra Pradesh Agricultural University. Talking of second chances.

Our unwillingness and inability to fix the blame for acts of commission and omission at the highest levels have ensured that no lessons are ever learnt. We have also gone on to perfect the art of deflection as the Kargil disaster clearly showed. There was no reason why Atal Bihari Vajpayee’s attempts at engaging Pakistan should have led to complacency on the part of either the intelligence or the security establishment. It was all very well to have blamed it on “systemic intelligence failure” but why nobody thought it necessary to ask the question: While the intelligence agencies may have failed to discern Pakistan’s intentions, how was it that the latter occupied our territory without detection by the Army? Instead of taking it to task, we made much of our top military brass, treating them as heroes for reclaiming — at great cost one might add — what we should not have lost in the first place. Of course, the Government of the day could not have acted in any other manner as that would have been seen as a blemish on its performance as well.

Naturally, we are again witness to this sordid cycle as the Chinese once again make fools out of us. The same cliched excuses are being trotted out that unfortunately, the “Wuhan- Mamallapuram spirit” made our security establishment complacent and we were, thus, caught wrong-footed as intelligence agencies were unable to detect Chinese movers or gauge their intentions. The security establishment hopes to save itself the blushes by pushing the blame on its favourite whipping boy, “systemic failure.” In this case, the current border management practice that ensures a rather opaque division of responsibilities between the Army and the Indo-Tibetan Border Police.

One can be certain that they will manage to avoid being held to account this time as well. Not least because of the way Prime Minister Narendra Modi has attempted to change the narrative by denying any ingress or loss of territory and instead promoting through his minions “differing perceptions of the LAC between both sides” to fudge the issue. He hopes — and not without good reason given the blind support he enjoys — this will allow him and his Government to carry on as if it is business as usual. Unfortunately for him, the unexpected appearance in the public domain of the Ministry of Defence report on the ingress by the PLA — though now withdrawn — does suggest that there are those within the Government  who have serious reservations about his actions and have no compunction in showing him up for dissembling.

Normally, in a bureaucratic and hierarchical system such as ours, it is often the case that those left holding the baby, so to say, are not necessarily the ones responsible for its procreation in the first place. We would certainly not have found ourselves in the present situation if the previous Government, and this one, had shown even a modicum of interest in national defence and kept their eye on the ball. Modi finds himself in an extremely difficult situation, not because the Manmohan Singh Government was negligent, which it certainly was, but because of his own deliberate neglect of the military since 2014. He made all the right noises but had no time for the military, except for where it helped his own political fortunes.

Similarly, General Rawat would not have found himself caught in this controversy today if he had not been appointed the Chief of Defence Staff after pandering to Modi’s wishes. He cannot escape responsibility for having sabotaged the Mountain Strike Corps (MSC) midway through its raising while he was Chief of Army Staff. One may recall that it was after the ingress by the Chinese in the Depsang Sector in 2013 that the dysfunctional Manmohan Singh Government understood the seriousness of the issue and sanctioned the raising of the MSC. Its raising was given full attention by the Army Chief and was of immense concern to the Chinese because they clearly understood the shift in the intent of the Indian armed forces from a purely defensive posture to a more pro-active one. It changed the concept of Sino-Indian conventional deterrence.

Thus, one can imagine their utter joy when the Modi-Doval- Rawat combine put the spanner in the works and put the MSC into forced hibernation. This was allegedly done because of budgetary constraints, something that apparently had no impact on the unbridled expansion of the Central Armed Police Forces. It is obvious that purely defensive actions on our part will never restore the status quo ante, which we are insisting upon, in the foreseeable future. If we do nothing, the loss of territory will be a body blow to our reputation in the region and internationally.

In the long run, as happened with Nehru, it will be the ruination of Modi. His reputation will suffer, his ability to stay in power will be constrained and he will be reduced to a caricature. Ironically, while Nehru continues to shoulder much of the blame for problems that afflict us today, Modi and his minions will not have that advantage. They will have to bear the consequences for their actions. There is something to be said for poetic justice and that old adage, “As you sow, so shall you reap.”

(The author, a military veteran, is a consultant with the Observer Research Foundation and a Senior Visiting Fellow with The Peninsula Foundation) 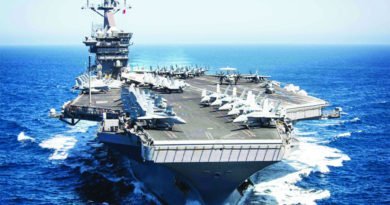 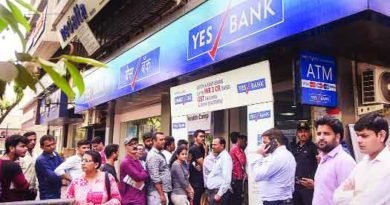 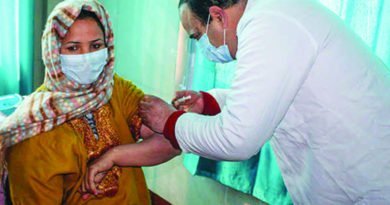