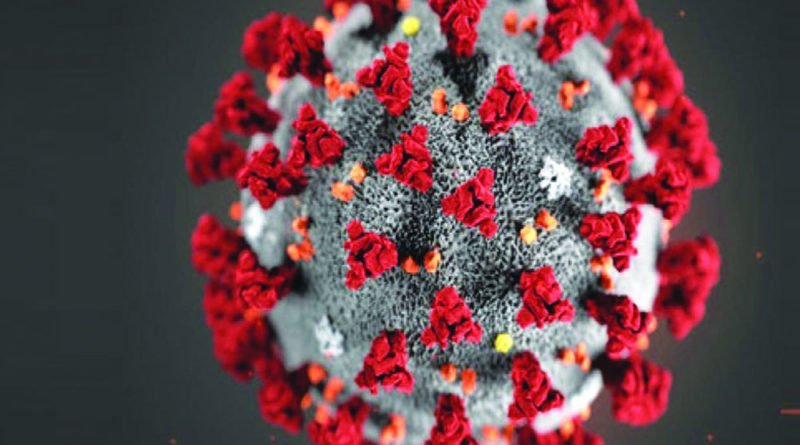 As the highly contagious COVID-19 torments the nation, some “eminent” economists advised the Centre to nationalise all private assets of above-poverty-line citizens (cash, real estate, property and bonds among others) to fund their ideas. One doesn’t know if this negates that other great panacea for all economic ills — privatisation of public sector assets — but that’s another story.

On May 22, former Planning Commission member Abhijit Sen, former Chief Economic Advisor Deepak Nayyar, R Nagaraj of the Indira Gandhi Institute of Development Research, economists Pranab Bardhan, Jean Drèze and others urged the Centre to provide free care for all COVID-19 patients, something done in Government hospitals. Yet this mundane advice was welcomed by the usual bevy of “public intellectuals.” As the only novelty was the seizure of private assets, one wonders if this was a “signal” to foreign companies not to invest in India or part of a more chilling agenda of demolishing the middle class, even as the wizards batten off Western patronage. After a brief excitement, the revolutionary idea was tamely withdrawn (May 24).

In Russia, analysts believe the pandemic is being exploited by global financial centres to change the world economy (and polity) and wipe out industry in several countries, including China, Russia, India and even Europe. The aim is to concentrate power in a new oligarchy and sharply reduce world population. Speaking with Business Gazeta, Vitaly Averyanov, conservative philosopher and co-founder of Izborsk Club, said Russian President Vladimir Putin announced political changes on January 15 after receiving information of a conspiracy by heads of several oligarchic clans and members of the Medvedev Government.

A mysterious shooting at the Federal Security Service (FSB) headquarters in Moscow on December 19, 2019, confirms the view that a coup d’état was averted. However, the Central Bank is still under the control of global banking agents, which needs correction; mercifully, the Russian law was decolonised through a Constitutional amendment that asserts the supremacy of national law over international law, making a potential ‘“colour revolution” more difficult.

The Coronavirus pandemic broke amidst this power struggle. The deepening recession in the global economy and intelligence data on new moves by the global financial elite suggest a cardinal shift in international politics is under way. Within Russia, many elitists are shedding their dual citizenship and foreign accounts (handing them to relatives/proxies because the accounts are needed to service foreign real estate). The transnational elite is using COVID-19 to execute a carefully conceived plan X.

By mid-March, many top Russian scientists concluded that the virus is a new version of the common SARS, lack of a vaccine is not lethal and the development of collective immunity is inevitable, a view shared by Western scientists and the World Health Organisation (who). Oddly, 50 to 85 per cent of the victims are asymptomatic. This strange property suggests the artificial origin of the virus: Infection can spread rapidly and affect a relatively narrow target group. Between contagiousness and numerous latent carriers, quarantine or “stay at home” will fail to flatten the curve of severe cases that need intensive care. This was the only rationale for freezing economic activity anywhere with lockdowns.

Oxford epidemiologist Tom Jefferson was the first to point out this disconnect. Stanford University conducted a study in California, which showed that the number of infected people is at least 50 times higher than official figures. Unsurprisingly, attempts to curb infections through quarantine failed but destroyed the industrial economy. As this data was not known in January and February, the quarantine imposed in Wuhan was presented as a solution by the WHO and accepted by most nations; the weightage given to COVID-19 patients caused deep suffering to patients with other chronic ailments.

Only Sweden, Japan, Belarus, and partly the Netherlands, bucked the trend. The deaths from COVID-19, even in the US and Italy, are less than 0.04 per cent of the total population and less than 0.2 per cent of the number of infected. The millions of deaths predicted by epidemiologist Neil Ferguson were gibberish. In fairness, mathematical models can be quite accurate if they are honest but too often they are tailored to certain specifications.

Parallel developments in the world of finance, oil and gold markets suggest that the global hype is a cover for redistributing power. Each week of a frozen economy destroys thousands of enterprises. The goal of this hybrid warfare is de-industrialisation: Pushing people out of the manufacturing economy, population reduction and the final destruction of the middle class.

Predictably, China’s production and sales chains were the first to be hit. The small and medium businesses are the unloved stepsons of neo-liberal authorities; the current crisis could bury them. Estimates say 70 per cent of production will go bankrupt; the service sector has virtually collapsed. This crisis could evolve into a new Great Depression.

Even in the Anglo-Saxon world, only 100 or 200 families of the transnational elite will benefit from this war. But, laments Vitaly Averyanov, Russia’s corrupt elitists see the actors of this hybrid war as their allies (for India, read masters). They want to burn the national economy in the furnace of the crisis, cut all budgets and bankrupt Russia. However, the global marauders have the experience of several centuries of crises and depressions; they have prepared all the escape routes; made advance plans how and in what to convert their profits and increase their power. Russian elitists have no idea of what kind of hole they are digging for themselves by playing second fiddle to the global elite. In India, too, eminent economists don’t understand that their utility ends once the global elite achieves its goals.

In America, the forces unleashed by the hybrid war threaten President Donald Trump’s re-election. Hence, Trump opposes the global financial oligarchy and has denied funds to the WHO that is virtually functioning as a branch of the transnational elite “club.” He supports “collective immunity” and is not waiting for a miracle vaccine to resolve the crisis.

The mainstream global media is projecting Bill Gates as a warrior against the pandemic. The Gates Foundation promotes vaccination, family planning and the spread of GMO crops in backward countries. As realisation dawns in world capitals about the damage done to the economies of nations, throwing millions into almost irretrievable unemployment, the gutted economies must be put back on the rails as quickly as possible. 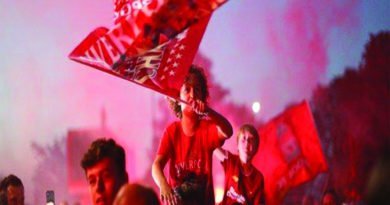