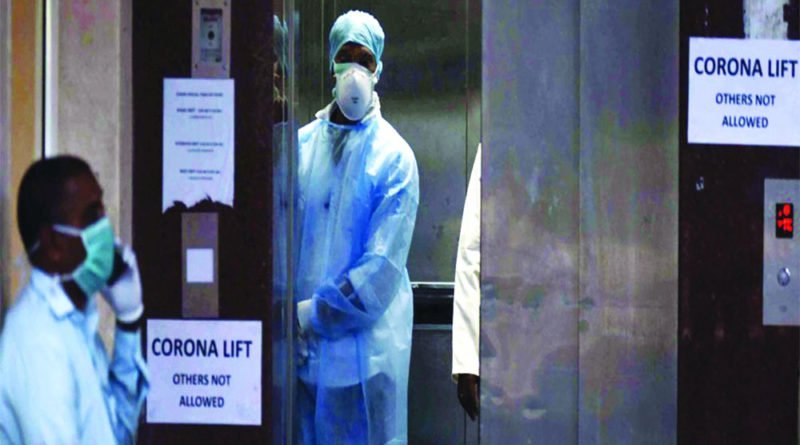 We are at that moment in history that will test national leadership by gauging how efficiently Governments react with compassion, speed and scale. We have to ride it out collectively

This Sunday, on March 22, sharp at 5 pm, we witnessed a rare tryst when the entire nation gathered on their balconies and rooftops to applaud the valorous bravehearts who have been endangering their lives to serve the rest. The clamour of gongs reverberated like a celebration, reminiscent of some medieval time in history. Except that this solemn and collective chiming of bells and conch shells was happening in a war-like situation of utter morbidity to fight back the black swan, COVID-19, which has struck lives and livelihoods with unprecedented ferocity.

The Armageddon of 2020 is more perilous than the localised terrorist strikes of 26/11, the Great Depression of 1929, the financial apocalypse of 2008 or any other one-time shocker, devastating human lives and financial resources. The spread of the pandemic has left the medical fraternity and policy-makers confounded on how to deal with the crisis because the contour of this upheaval is a biological beast and has nothing to do with the principles of economics. Yes, we are all together and, hopefully, six months from now, this, too, shall pass.

We stand at that moment in time when we have been compelled to self-reflect and re-strategise from the confines of individual isolation: How do we cope by rebuilding from the free-fall of economies; insulate ourselves from being afflicted by the disease; the shock of ensuing job losses; and worst, the emotional aftermath of feeling vulnerable and so close to death? The $87 trillion global economy propels on the simple principle of “one person’s spending being the other person’s income” as the underlying driver of any business activity. With the world in shutdown mode, the economic impact of social distancing is at present unquantifiable as the risks to life cascade into financial risks that will reverberate for at least a year until a medical solution is found.

Restricting physical movement has damaged the demand-supply economics much beyond what a cyclic slowdown or a recession could erode, lowering forecasts of global growth to 1.25 per cent. Prolonged growth below two per cent is classified as  “recession” by the International Monetary Fund (IMF) with shrinkage in every parameter: From lowered industrialist production to a slowdown in trade to tighter capital flows, less of oil consumption, heightened unemployment rates and lowered per capita investment and consumption.

The only light at the end of the tunnel is for the healthcare and pharmaceutical industry, e-commerce platforms and any digital business that delivers products and services online to the customer confined at home as has been the case for video streaming services like Netflix, online grocery stores, Ed-tech, e-health and fintech, among others. While other sectors such as the real estate, airlines and telecom were gasping for life much before the COVID-19 pandemic struck, even the few erstwhile profitable sectors have now been pushed to the brink. This will all precipitate India’s banking crisis even deeper with a likelihood of turning even positive net-worth firms into non-performing assets (NPAs).

India’s response is in sync with the rest of the world in having to resort to fiscal expansion while simultaneously lowering revenue target expectations to perhaps the lowest ever. The anticipated shortfall cannot be now made up through disinvestment targets but will have to depend on the deficit being made up through the windfall gains of roughly $50 billion through oil arbitrage. If the 2008 financial crisis eroded a decade’s global growth and earnings, COVID-19 will globally regress national and individual gains even deeper and longer, elevating sovereign and corporate debt to even higher levels than they stood historically.

But who put the world into mass quarantine? Once the chaos settles and a cure is found, China must be held accountable by the World Health Organisation (WHO) and international trade bodies for keeping the outbreak under wraps,  which squandered precious five weeks that could have alerted the world to take proactive measures. According to a Supreme Court Advocate, GV Rao, “In international/domestic environmental laws, there is a ‘polluter pays principle.’ Similarly, China must be forced to provide free medical aid and economic reimbursements to all countries affected by the virus.” Especially as China profitted the most through global trade in the comity of nations. As the culprit nation, it deserves international sanction and economic isolation. Because even acts of genocide or terrorism stand pale in comparison to the havoc wrought by Corona’s contagion and contagiousness.

This is serious and re-read this point please: I state that China’s wilful opacity on this issue is tantamount to mass murder. Because near-fatal outbreaks can originate from any country. But the host nation has a moral obligation to not wilfully obfuscate facts that can jeopardise the very survival of humanity. As the Chinese economy will be the first to recover and rise, thereby having the lead in redefining its predominance in the world order, we need to diminish our over-dependence for supplies of intermediate goods for pharmaceutical and electronics from it or any single nation. Ideally, the culprit must be ostracised economically for a near war-like crime.

These are testing times for the Indian Government to display how it will deliver on ease of living and ease of doing business, in line with the best practices being pursued by Canada and the US among others, as most nations are moving towards offering a universal basic income. Exceeding fiscal deficits no longer matters as policy-makers now need to tear up conventional theories of economics that are outdated and salvage livelihoods by offering financial relief commensurate with the economic costs of the crisis. The downside is that even when the most developed economy like the US disburses $1,000 to all adults, people will spend it only on necessities and conserve the rest. This will not spur the demand cycle.

But the essence for the Government is in speeding up the response time to effect payouts to businesses; to ease liquidity for the crippled NBFC and MSME sectors; provide cash payments for hawkers, vendors and daily wagers; and food distribution and emergency shelters to the unorganised and vulnerable sections in need of financial aid with immediacy.

Aside from ensuring freer flow of working capital, the Government is now expected to take its fiduciary duties seriously by under taking the role of a standing guarantor for a portion of the wages for businesses affected by the crisis and those unable to operate, offering a lifeline to citizens by lowering taxes as also the rates of utilities; extending loan tenors and relaxing bad-debt norms for small firms; and speeding up direct cash transfers to eligible Jan Dhan holders and for MNREGA wagers dependent on construction activity that has slowed down.

This is a moment in history that will test national leadership by gauging how efficiently Governments react with compassion, speed and scale. This is not a moment to lose in our attempt to recalibrate and resurrect from ground zero, as it were. We have to ride it out individually and collectively till we inch back to pre-crisis levels, reminding ourselves with optimism that even war-time losses never precluded strong economic bounce-backs.

(The writer is an author, columnist, Chairperson of the National Committee for Financial Inclusion at Niti Aayog) 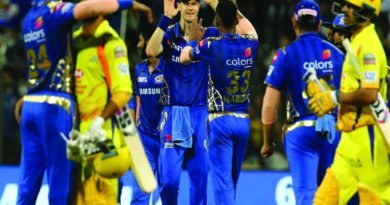 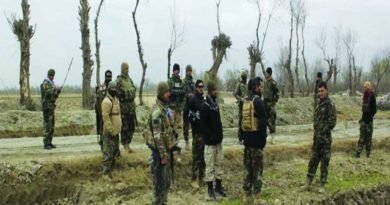 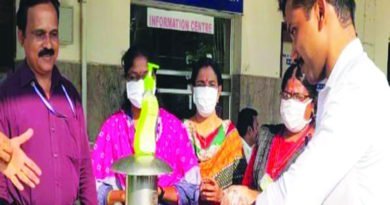