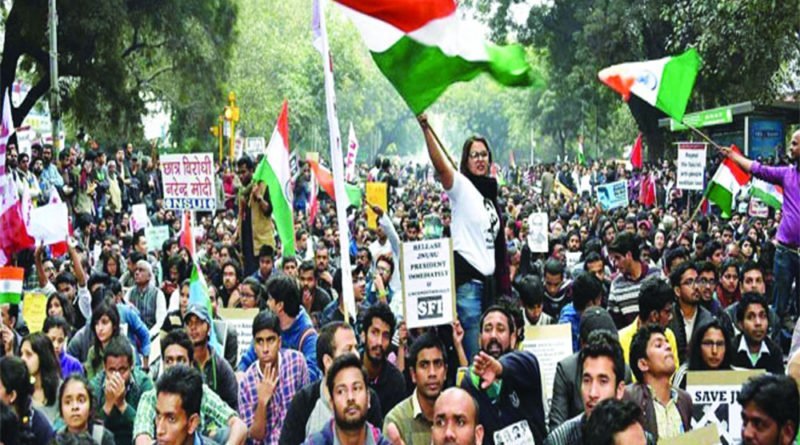 Democracy depends upon objective interactions, respectful dialogues and mutual trust. People may differ in their viewpoints but they need not resist combined efforts to find solutions and settle differences, no matter how serious these may be. The year 2020 shall be remembered for the Shaheen Bagh dharna and Kisan Satyagrah. Normally, the word “Satyagrah” reminds one of Gandhiji who had modified the original term “Sadagrah” to “Satyagrah”. Democracy allows protests; Gandhiji gave the weapon of Satyagrah not only to India but to the entire world, and its potential was never in doubt. It took roots not only in India but was also used by luminaries like Martin Luther King Jr and Nelson Mandela. As the inheritors of Gandhian legacy, India and Indians have a special responsibility to ensure that it is not converted into ‘Asatyagrah’. In umpteen agitations organised within India, Satyagrah gets reduced to a mockery.

No one cares for the truth, nonviolence invariably becomes a casualty and human lives are wasted without any hesitation or a sense of shame. These days, the “leaders” go on hunger strike — Upvaas — for just a few hours! The literal meaning of Upvaas is “being near the soul” but most demonstrations and protests are hijacked by politicians. India seriously needs its intellectuals to play their role: Get out of the slumber of callousness and take a strictly objective view of national aspirations, expectations of the young as well as to ensure that the principle of trusteeship is strictly upheld in thought and deeds of those who have the reins of authority. It is their obligation to name and shame all those who have forgotten about human values, social obligations, the responsibility to give dignity to every human being, to be specially concerned and supportive of children, women and those standing last in the line. While the developed and modern countries may be overwhelmed in their materialistic pursuits, India just cannot abandon its eternal responsibility to move ahead in spiritual quest, and thereby place the right path in front of humanity. Indians are inheritors of a civilisation which respects the criticality of the sensitive man-nature relationship and believes in meeting human survival needs from nature; and despises its wanton destruction to meet his greed. India alone could get the humanity out of concerns like environmental destruction, climate changes, water scarcity, air pollution, soil degradation, melting of glaciers, vanishing of species, flora and fauna, and much more. The ideology of progress has to be redefined in national context, keeping in view the global considerations and treating the world as one family. India must rise and present before the world a working model of “science with humanity” and “knowledge with character”. It is time that the contours of civilisation are incisively delineated and the march towards a world of peace is guided by humanism, welfare of all and a practising civil society that cares for everyone. It would require a long-term strategy and it shall have to be implemented through education. There is no other way out.

What is civilisation? This query was once posed by Swami Vivekananda, and his own answer was: “It is the feeling of the divine within.” And how does one discover that divinity? Through education that is both secular and spiritual. He gave us that illustrious eternal statement: “Education is the manifestation of perfection already in man.” He was convinced that what India needs most is “education, education and more education”! The first duty of the nation is to educate people, extricate them out of ignorance and self-negation: “Educate people and they would be able to solve their own problems.” To him, education was of no use if it didn’t prepare the masses for the struggles of life. More importantly, it was to bring out the strength of character, spirit of philanthropy and the courage of a lion. India has suffered enough in the way of negative education. Delinking of Indians from India was a deliberate strategy imposed by the alien rulers and, unfortunately, the model was perpetuated by those who inherited power and authority at the time of Independence. Over the decades, people have realised the gravity of the folly and there are enough indications in the National Education Policy (NEP), 2020, that things shall change. The policy formulates: “A holistic and multi-disciplinary education would aim at developing all capacities of human beings — intellectual, aesthetic, social, physical, emotional and moral, in an integrated manner.” The formulation is further augmented by the emphasis on value-based education “which will include the development of humanistic, ethical, constitutional and universal human values of truth (satya), righteous conduct (dharma), peace (shanti), love (prem), non-violence (ahimsa) and others”. One fervently expects all this to equip every learner to discover the treasure within him. This is the path to a truly civilised world.

There, however, are serious impediments to traverse the newly chalked out pathway. Prime Minister Narendra Modi, in the virtual mode, unveiled the statue of Swami Vivekananda on the campus of the Jawaharlal Nehru University (JNU). There was sustained opposition to the very installation of the statue, and it was not a rare occurrence. In this university, the activities, agitations and full-throated support of certain ideologically constrained groups of students and teachers to even the groups and individuals who do not believe in India’s unity and integrity as a nation often baffle those who think independently, have the national welfare uppermost in their mind and retain objectivity even in provocative situations. JNU is a great institution that should be the melting pot for varied thought, ideas and imagination. In a world torn by conflicts, violence, wars and weaponisation, universities have a great role to play in augmenting social cohesion and religious amity. They have to work for the culture of acceptance, far ahead of tolerance. This is the Indian tradition which has to be strengthened.

Universities, including JNU, just cannot afford to ignore the stirring words of Jawaharlal Nehru who considered these as the pace setters of peace and progress at the national level, and from there it must extend to the global scenario: “A university stands for humanism, for tolerance, for reason, for the adventure of ideas and for the search of truth. It stands for the onward march of the human race towards higher objectives. If the universities discharge adequately, all is well with the people and the nation.” Great universities would never relish the tag of being politically or ideologically oriented. The people and the nation expect JNU to become a centre of nourishing civilisation. It could really work seriously on comprehending the culture of acceptance of diversity.

In his 1932 book, Remakers of Mankind, Carl Washburne writes that when asked “What is your goal in education when India obtains self-rule”, Gandhiji replied: “Character building. I would strive to develop courage, strength, virtue, the ability to forget oneself in working towards great aims. This is more important than literacy; academic learning is only a means to this great end.” Character formation was the strength of the traditional Indian system of knowledge quest that included creation, generation, utilisation and transfer of knowledge to the future generations. With all the experiences gained globally in varying contexts and approaches, it is now accepted globally that education in every country must be rooted in culture and committed to progress. Character building just cannot be envisioned in isolation to culture. No culture would flourish in isolation and there can be no barriers erected in the way of children being made aware and conversant with their own culture before being introduced to the others. India painfully suffered as the transplanted system that deliberately kept young educated Indians debarred from getting familiar with the nuances of their own culture; they were systematically indoctrinated in the “superiority of the western culture”. This was very comprehensively articulated by Gandhiji in the Young India of September 1, 1921: “It is my firm opinion that no culture has treasures so rich as ours. We have not known it; we have even been made to depreciate its value. We have almost ceased to live it.”

Let us hope that the proposed educational reforms would prepare the young with credentials and they would look after the masses. Education must lead to human dignity for one and all.

(The author works in education and social cohesion. The views expressed are personal.) 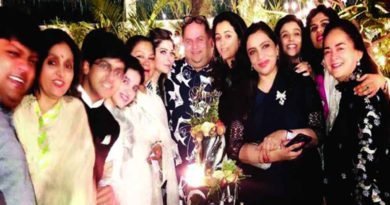 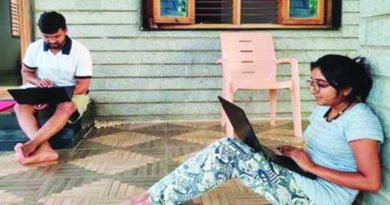 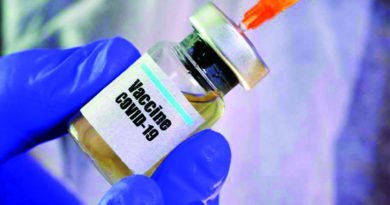