Though pollution watchdog Central Pollution Control Board (CPCB) and other agencies forecast improvement in the air quality for Thursday, the AQI remained in the same category as on Wednesday.

According to the CPCB, Delhi’s air quality index (AQI) was recorded at 256 on Wednesday.

The figures are based on data collected from 34 monitoring stations in the city.

“It is forecasted that the air quality will be in the ‘poor’ to marginally ‘very poor’ on October 23 and 24,” it said.

According to the AQI monitoring mobile application SAMEER, Delhi’s 10 monitoring stations recorded “very poor” air quality. These include Mundka with AQI of 365, Wazirpur with 352, Anand Vihar with 306, Narela with 358, Bawana with 320, Rohini 342, Dwarka sector 8 with 332, Vivek Vihar- 313 and Jahangirpuri with AQI of 310.

SAFAR said an increase in stubble fire count was observed around Haryana, Punjab, and neighbouring regions.

“The SAFAR synergised stubble fire counts stood at 1428 for Wednesday. The boundary layer wind direction is not fully favourable for pollutant transport towards the Delhi region. The SAFAR model estimate of stubble burning share in PM2.5 is nine per cent for today,” it said.

The stubble burning fire counts around Haryana, Punjab and neighbouring regions stood at 849 for Tuesday and its share in Delhi’s PM 2.5 pollution stood at 15 per cent on Wednesday.

The Delhi government has kick-started its ‘Red Light On, Gaadi Off’ anti-pollution campaign for which it has deployed 2,500 environment marshals at 100 traffic signals across the city to generate awareness and curb vehicular pollution.

The drive will go on till November 15 from 8 am to 8 pm. It is an awareness drive by the Delhi government and no person will be issued challans, the government has said.

Will continue struggle for restoration of Article 370, resolution of Kashmir issue: Mehbooba 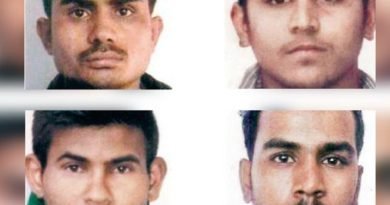 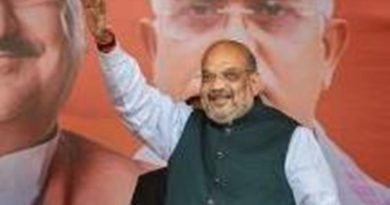 All refugees in India will be granted citizenship under CAA, says Amit Shah