Perovskite-based solar cells are a good alternative to silicon-based PV cells. But the problem of degradation due to weather conditions needs to be addressed

Recently, the Prime Minister inaugurated the country’s largest photovoltaic (PV) cell-based solar energy plant at Rewa in Madhya Pradesh. While inaugurating this 750 megawatt (MW) plant, he stressed upon the need for atmanirbharta (self-reliance). Considering that about 80 per cent of our solar power generation equipment is of Chinese origin, the inauguration of the solar plant was timely. The Prime Minister used the occasion to emphasise this aspect. Said he, “India won’t be able to fully use its solar power potential if the country doesn’t develop better solar panels, batteries and storage manufacturing capacity.” India imported $2.16 billion worth of solar photovoltaic cells, panels and modules in 2018-19.

India is lucky that sunlight is available in abundance here but the challenge lies in the procurement of the PV cells. This has been one of the major constraining factors in our efforts to realise the full potential of solar energy. According to a report submitted by the parliamentary Standing Committee, in order to achieve the target of 100 GW of solar electricity capacity by 2022, India should have had an installed capacity of 32,000 MW by 2017-18. But as of January 31, 2018, the country only had a capacity of 18,455 MW. As per the standing committee, the Ministry of New and Renewable Energy has to install the remaining 81,545 MW in just four years — this is over 20,000 MW a year and appears difficult to achieve.

However, despite the constraints, the price of solar energy has come down to Rs 2-2.50 per unit from Rs 7-8 per unit in 2014. A serious lacuna in this entire exercise of achieving the solar power target continues to be our poor record of indigenous manufacturing of solar panels and our near-complete dependency on Chinese imports.

Today, China is the only country that caters to most of the global PV cell demands. It produces the cheapest solar panels. It is difficult for any country to match such low prices. This has led to a situation where China has a virtual monopoly and this may not be desirable in the long run. Our own imports, mostly from China, accounted for 90 per cent of 2017 sales, up from 86 per cent in 2014. Thus, it is paradoxical that both our sources of energy, oil as well as solar, are currently heavily dependent on imports.

The Chinese advantage is based on low cost of manufacturing despite the process being highly power consumptive and polluting. In the present scenario, particularly in the wake of the Galwan incident, imports of solar technology from China have been banned as it would not have been logical on our part to continue to nourish their economy.

In the absence of cheap imports, the current situation may, perhaps, appear to be disappointing but there are alternatives which must be fully exploited. First, the solar thermal route for harnessing solar energy has found limited application so far. As of now, there are only six functional solar thermal plants, which amount to just a fraction of our total requirement.

Understandably, this technology has its own advantages but is somewhat more expensive than the PV cell route. This is why it has not gathered much acceptance. More research in this area can ensure that costs are further cut down leading to profitability.

An alternative to silicon-based PV cells, which is the speciality of China, has since been found in the form of Perovskite solar cells. This is also a tried and tested method. According to the work done at the National Institute of Advanced Studies, Bengaluru, the efficiency of the Perovskite cells, which was about three per cent in 2006, showed a marked improvement. It has now been determined to be at about 22 per cent, which makes it quite viable.

Perovskite is a crystalline form of the chemical called calcium titanate. It may sound formidable but fortunately, all the raw materials used to manufacture it are indigenously available. The process, too, is much simpler, less polluting and consumes less power than the production of silicon chips.

Perovskite is the product of limestone, which is abundantly available in the country, and titanium oxide, which is obtained from sands containing ilmenite, an ore of titanium. Ilmenite, too, is available in abundance as we have reserves of several million tonnes of this ore in the sands along the shores of Andhra Pradesh, Odisha, Tamil Nadu and Kerala.

The present usage of titanium oxide is confined to the paints and pigment industry as well as in the manufacture of cosmetics and sunscreens as it offers good protection against UV rays.

The absence of Chinese products from now onwards needs to be considered as an opportunity for accelerated research so as to put this technology to commercial use at the earliest. Perovskite-based solar cells have performed exceedingly well in controlled conditions but the problem of degradation due to weather conditions needs to be addressed. The silicon-based PV cells are almost weather proof, so the durability of Perovskite has to be brought up to that level.

Perovskite technology has the potential of being a game -changer in our quest for harnessing solar energy with less polluting and low cost solutions. The renewable energy firm, ReNew Power Pvt Ltd, has already announced that it is in discussion with various States to set up a Rs 1,500-2,000 crore facility to make solar cells and modules. The need is for close monitoring and allocation of sufficient funds for research. India can’t afford to lose the new solar race. 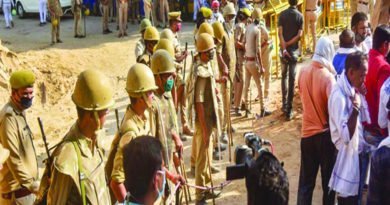