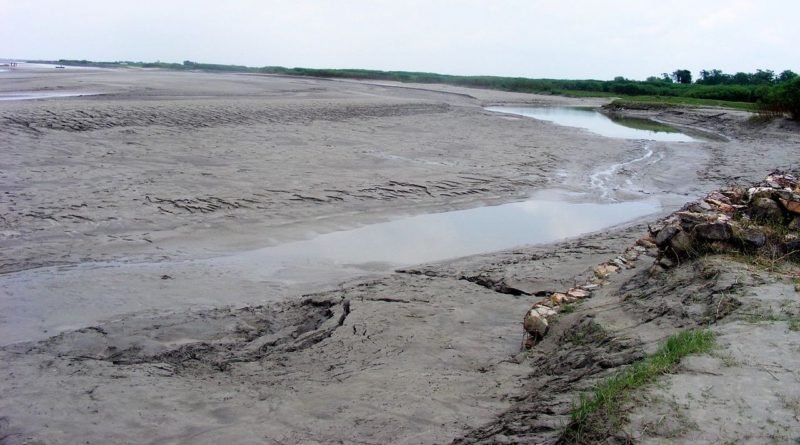 There are many articles on the Koshi river and its flooding in Bihar. I prepared this thread to visually explain it. Despite being far from the sea, most of the people in Bihar live at an elevation of less than 100 m above sea level, similar to Kerala.

The Koshi river is a tributary of the Ganga. Its watershed covers Mt Everest but its confluence with the Ganges is just 25 m above sea level – both within an aerial distance of 300 km! Along with seasonal rainfall, these features lead to massive erosion as well as deposition.

A cross-sectional profile of the watershed shows this variation. After flowing in higher gradients cutting through the Himalaya, the Koshi river exits and meets a flatter plains section with a very low gradient. This leads to millions of tonnes of silt being deposited in this section every year.

The deposition has led to the formation of an alluvial megafan that is the largest of its kind in the world. The exaggerated relief below shows this fan. When the river deposits silt in its course, the height of the river bed height with respect to its neighbouring land, and cause the river to change to a new course.

This way, the Koshi river has shifted its course – or avulsed – numerous times. This has been easier in Bihar because of flatter plains and the high deposition rate. This constant course change and deposition created the fan seen above. This map shows past courses of the Koshi river:

In order to ‘tame’ the river, embankments have been constructed (shown in this Google Maps snapshot) almost all along the course of the Koshi river. This image shows wing dikes, which are used to reduce the erosion of river banks.

This way, the entire river has been ‘contained’ and hasn’t been allowed to shift course. And here’s where the problem starts. The river has now been exclusively depositing silt in one course for decades, so the land height has increased significantly.

This has led to water seepage and water logging outside the embankments. Rainwater or floodwater from other places can’t drain into the Koshi river now. In the past, seepages in the embankment have caused the embankment to fail, although the blame was placed on rats and foxes.

In 2008, the Koshi river’s eastern embankment failed, resulting in flooding that killed hundreds of people. This animation shows the effect of the flooding – in terms of alluvial deposits – as captured by satellites.

Currently, we have walled the entire river. This has heightened the risk related to embankment failures, which magnifies the effects of floods and also water stagnation in places where water is unable to drain into the river, leading to chaos every year. Damming and embankments don’t help.

All the river wants to do is to deposit sediment in one place and run in a new course. It is up to us to decide how to facilitate this without affecting the livelihoods of people living nearby. After all, this fertile soil deposited by the river that gave birth to civilisation.

This article is composed of tweets that the author published on Twitter on June 28, 2020. They have been compiled and republished here with the author’s permission.

Raj Bhagat Palanichamy is a GIS and remote-sensing analyst with the WRI India Ross Centre for Sustainable Cities, Bengaluru. 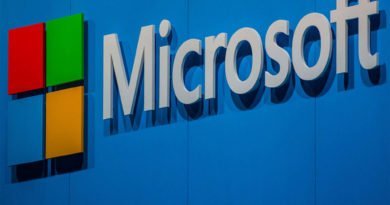 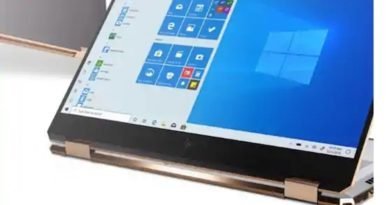 Don’t Want Windows 10 May 2020 Update For Your PC Just Yet? Here is How to Pause Windows Updates 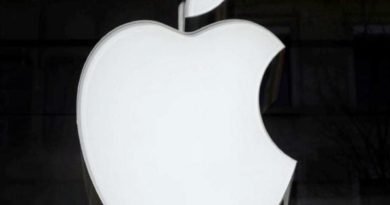