Itanagar, Jun 6 dmanewsdesk : Arunachal Pradesh Chief Minister Pema Khandu has said the state government witnessed a 17.81 per cent shortfall in receiving its share of the central taxes during the first two months of the current fiscal, leading to a resource crunch in its fight against the coronavirus outbreak.

The share of the central taxes expected per month was Rs 985.83 crore, he said.

“There has been a shortfall of 17.81 per cent in the last two months, which, if maintained throughout the year, would lead to an overall deficit of Rs 2,457.67 crore,” the chief minister said during an all-party legislators meeting on Friday.

The fund received from the Centre is a major contributor to the developmental process in the state as its own resource generation is limited, Khandu said.

He said the government is currently spending a substantial amount on strengthening the health infrastructure in the wake of the coronavirus outbreak, resulting in an additional burden to the state exchequer.

The government has spent Rs 45.73 crore so far to combat the COVID-19 outbreak and constituted a committee for revival of the state economy, he said.

“There has been an overall shortfall of 18.40 per cent in the release of the state’s share of the central taxes vis- -vis the recommendation of the 14th Finance Commission (FFC) during the period of 2014-2019,” Khandu said.

“The state government has ensured the equitable distribution of resources across all the sectors of the economy during the 14th Finance Commission period.

The priority of the state government during the current fiscal is to complete all the ongoing projects, the chief minister said.

“The unforeseen situation arising out of the COVID-19 pandemic has forced the government to focus on the health infrastructure including other coronavirus related expenditure resulting in an additional burden to the state exchequer,” he said.

However, the government is committed to provide funds for salaries and pensions of its employees and wages of workers, and other priority sectors such as agriculture and horticulture to increase employment generation in the state, Khandu added. 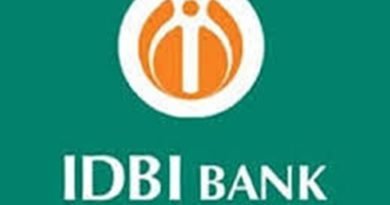