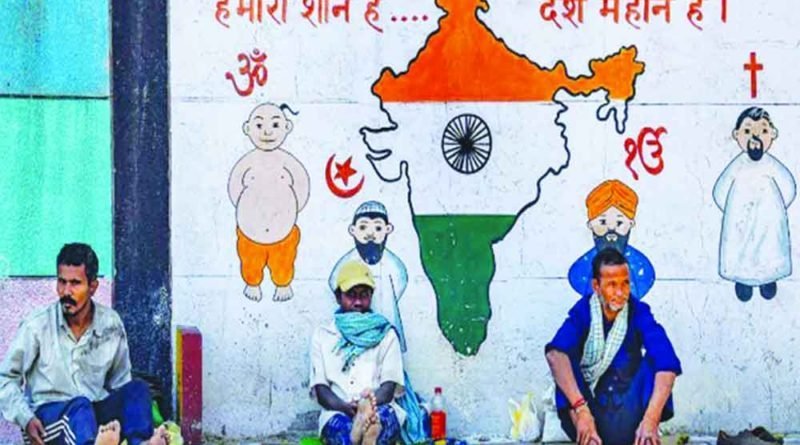 The Government’s fiscal package has failed the test of economic effectivity and political reliability. It lacks a plan to overcome the deadlock created by the lack of economic demand

On May 12, following his own set pattern of building up curiosity and hype that leads to slogan-loaded headlines and ear-catching sound bites, the Prime Minister announced a Rs 20 lakh crore “fiscal package,” the details of which were communicated by the Finance Minister one day later to the eagerly waiting locked down people of the country. Prior to the unveiling of the package, there was no dispute in any quarter with respect to the requirement of the dole. But there were suspicions regarding the contours, content and intent of the Government qua, the restoration of the economy, which has been lying demolished in the debris of closing businesses, shrinking savings, evaporating jobs, rising bad loans, rural distress and a bleeding agriculture sector. Post the announcement, the question that is begging an answer is: Can the fiscal package give any stimulus to an already sluggish and sinking economy? To answer this, we need to test and weigh the package on the scales of political reliability and economic effectiveness and scope for implementation.

As for the latter, at this crucial and sensitive juncture when the entire nation is going through one of the darkest phases of “health and wealth” recession, it was expected that the Central Government would loosen the strings of its purses to fill the pockets of people with extra income without any terms and conditions. However, at 5:45 pm on May 13,   when the Finance Minister finished her 1.5 hour-long Press briefing, the net result was that of “operation successful, patient dead.” It failed to show any colour of real money to the people. Much to everyone’s dismay, the vulnerable section of the society ie, the migrant labourers, farmers, shopkeepers and salaried class, who have been the most affected due to the lockdown, were left completely ignored in the scheme of things. Further, even the slew of announcements that was made gave the impression that the Finance Ministry was presenting a “loan marketing brochure” rather than a “rescue plan.” Simply put, the fiscal package (containing the fund of legally due tax refunds), misleadingly projected as “stimulus package,” failed at the altar of genuine expectation and needs of the people for various reasons that shall be discussed in this column.

To begin with, instead of adopting an all-inclusive formula of “something for everyone,” our framers opted for an insensitive policy of “nothing for the ones who need the most,” completely leaving out the 48 crore informal sector workforce, 13.62 crore families, the farmers, lower middle and the salaried class from the ambit of the package. As was the case during demonetisation, the most vulnerable section of society has ended up paying a heavy price due to the Government’s ill-planned, indifferent and irrational approach in handling the lockdown. Its decision to confine 1.3 billion people to their homes, without building any economic bunker at a mere notice of four hours, was juxtaposed with the three to four days intimation it gave prior to the celebration of events like tali thali and diya jalao. The lockdown has had a visible catastrophic effect on the people, especially the daily wagers, who earn Rs 300-400 a day and survive hand-to-mouth. They are all left starving. The unemployment rate has been at a 45-year high. Overall, it slowed to 24 per cent from 27 per cent in the week ended May 10 (as per CMIE). Last but not the least, even the most economically sound corporations have been forced to declare salary cuts and undertake massive lay-offs.

To make matters worse, the Government adopted the approach of the “East India Company” during the lockdown period by extracting a pound of flesh from the economically fatigued citizens through a series of insensitive decisions, including but not limited to an increase in taxes on fuel. This, despite the fact that international crude oil price has hit an 18-year low. Further, interest rates on various small savings schemes have been cut. This has hurt more than 30 crore depositors. The State Bank of India, too, has reduced  savings account interest rate from 3.25 per cent to 2.75 per cent for 44 crore account holders. All of these have further dried the income stream of depositors in this hour of grave crisis. At a time when the country is visibly trapped in the vortex of an economic recession, natural expectations of the people were that the NDA Government would balm the wounds of those economically affected. It was expected of it to make a minimum Rs 7,500 direct cash transfer to each and every Jan Dhan account holder. It should have announced unemployment benefits and promised monthly stipend. It should have increased the Minimum Support Price (MSP) for the farmers, lowered the fuel prices and given the surplus income vide tax incentives to the salaried class. Instead, the Government chose to leave everyone “high and dry” and euphemistically labelled the “fend for yourself” scheme as “Atmanirbhar Bharat” abhiyan (self-reliant India mission).

Despite a previous Rs 1.7 lakh crore package announced under the PM Garib Kalyan Yojana on March 26, the deaths of more than 55 migrants, disturbing visuals of reverse migration, of the poor craving for “roti and sabzi” are a living testimony to the fact that lofty announcements, catchy slogans and repackaging of existing measures are all non-effective measures. The only modus operandi to prepare for the long journey ahead is to place real money in the palms of those who pull the ropes of the economy. Minus this, the package is similar to a mirage in the desert that projects an illusion rather than concrete substance.

Second, the raison d’être of any stimulus package is to spur demand in the economy by way of ensuring availability of surplus income rather than increasing the debt burden. Our policy-makers clearly missed this visible skyline in their script this time, too. The decision to establish a Rs 3 lakh crore credit guarantee fund to provide collateral-free loan to 45 lakh Micro, Small and Medium Enterprises (MSMEs) with a moratorium of 12 months conveniently ignores the harsh reality that the Achilles heel of this sector is a shortage of demand rather than of loans. Even if we presume but not concede that the Rs 3 lakh crore credit guarantee plan would provide a breather, why were a majority of the 6.5 crore MSMEs, employing approximately 11.5 crore of the population, left out of this scheme? Furthermore, instead of handing over a political lollipop in the form of a moratorium, an interest waiver on bank loan/EMI for a minimum period of 12 months should have been declared so as to make surplus income available  and off-set the losses they are incurring on a daily basis due to a complete clogging of the pipelines of the economy.

On the one hand, there is an unrealistic expectation from the industry to pay its employees/workers even in the absence of any source of revenue. On the other, not even a single rupee worth “interest-free” benefit has been passed on to them. This highlights Government apathy and chicanery. In a nutshell, the fiscal package ended up being focussed on creating debt rather than demand, leaving everyone flummoxed and disappointed.

Most importantly, the fiscal package failed to give wings to the Prime Minister’s catchy slogan,  “It is time to be vocal about local.” The sleeping paper tiger of “Make in India” is a gentle yet crude reminder of the fact that the hallmarks for the present Government are catchy slogans and sketchy implementation. For  local industries to be successful, it will take a lot more than selling indigenous products at the Central Armed Police Forces canteens. To unleash the full potential of the local industry, the package ought to have provided a solution to arrest sliding industrial output growth rate. Lastly, it should have provided for a “wage protection package” to cushion the ongoing saga of losses. In the absence of a holistic approach, the “vocal for local” slogan will die a natural death and be buried like other slogans in the vast cemetery of the BJP Government’s unfulfilled promises.

Overall, looking at the non-beneficial, non-inclusive, zero income generation potential of the package, it will not be an exaggeration to say that it has failed the test of economic effectiveness and political reliability. The package lacks a plan to overcome the deadlock created due to the lack of demand in the economy.

The way forward and political reliability: At present, the nation has only got a glimpse of the promised Rs 20 lakh crore package. Looking at the preview, the future does not look promising. One must exercise caution before politically relying on the Government to salvage the current situation. In pure public interest, the Opposition sincerely hopes that the remaining script will not be written with the same pen that made numerous promises like depositing Rs 15 lakh in every citizen’s bank account, bringing back black money within 100 days, cleaning the river Ganga, ending terrorism through demonetisation, building a $5 trillion economy, generating two crore jobs every year, transforming Varanasi into Kyoto and the invisible Rs 1.25 lakh crore package for Bihar. These examples also highlight that the Government’s report card on delivering promises is full of red lines. Given the current “arrogant and ignorant” mindset of the Union Government, the possibility of the economy coming out of the quicksand of recession looks bleak. 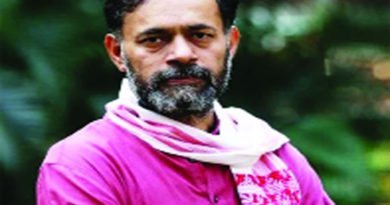 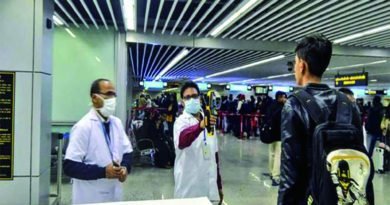