Jaipur, May 8 (PTI) A meagre stipend of little over Rs 230 per day has left MBBS interns in government medical colleges of Rajasthan and Uttar Pradesh fuming with the budding doctors launching a social media campaign demanding a hike in the allowance.

Despite facing a slew of hardships due to the coronavirus pandemic and working for more than 10 hours daily to screen and survey people in remote areas, the interns have launched the #WeDemandStipendIncrement and #Rajasthan_Intern_Stipend_Badhao campaigns on microblogging site Twitter.

Only calling us Hero or Warriors is not enough. MBBS interns get stipend Rs 233/day, is this justified, a medical intern named Shivam Raika tweeted.

Another intern B L Bijarniya wrote, 4.5 years of tireless efforts and hard work makes us who we are today and to get Rs 233/day in return is a shame on the system.

The medical interns said that Rajasthan pays the lowest monthly stipend of Rs 7,000 in the entire country followed by Rs 7,500 in Uttar Pradesh while states like Assam and Himachal Pradesh pay Rs 30,000 and Rs 17,000 per month respectively. Most of the states pay above Rs 15,000 per month, they said.

After completing their MBBS, medicos are sent on a one-year rotatory internship to get hands-on experience in the field during which a stipend is paid to them by the respective governments.

In 2017, Rajasthan government had revised its stipend paid to interns from Rs 3,500 to Rs 7,000. We have now written a letter to the Chief Minister, Shyam Sundar, President of Sardar Patel Medical College Student Union told PTI.

Rajasthan pays the lowest stipend in the country. If the fees is being increased 10 per cent every year then why not stipend, he added.

Post graduate resident doctors in Jodhpur have also come out in support of the interns.

A stipend of Rs 233/day is less than what a daily wage labourer earns. It is the lowest among all states. We have written to the Chief Minister and Health Minister in support of interns, Dr Vikash Choudhary, President of Resident Doctor’s Association in Jodhpur said.

MBBS interns are working with all strength in this crisis in UP. Their lives are also at risk. But, they get only Rs 250/day. The stipend is very low CM @myogiadityanath ji. To my understanding, it is your responsibility to increase stipend paid to interns, Vadra tweeted.

In Congress-ruled Rajasthan, BJP’s state president Satish Poonia said: Intern medicos are giving services with full dedication in fighting coronavirus at lowest stipend. It is a request to the chief minister to increase the stipend on the lines of other states.”

Rajasthan has recorded 100 COVID-19 deaths and has 3,453 positive cases, including frontline workers such as doctors and nursing staff.

The state government has announced Rs 50 lakh insurance for its employees if they die while on duty in the fight against coronavirus.

In Uttar Pradesh, the total number of COVID-19 patients rose to 3,059 on Thursday evening while 61 deaths have been reported from the state so far. 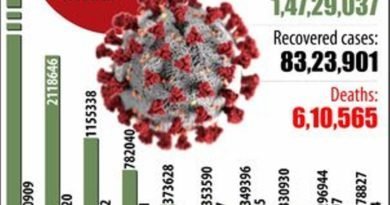 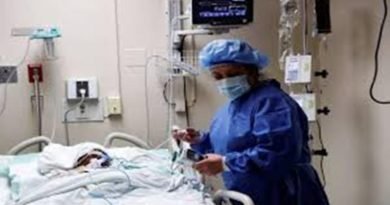 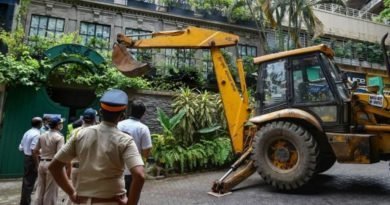