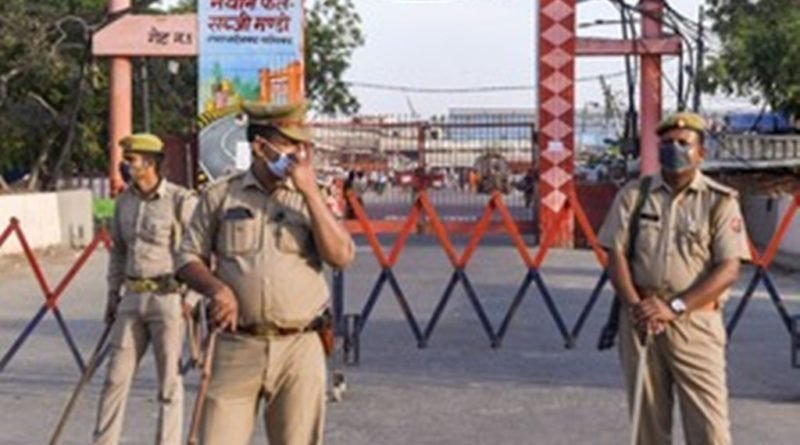 New Delhi, Apr 13 (PTI) A police officer’s hand was chopped off with a sword in a brutal attack on Sunday by a group of Nihang Sikhs in Punjab on a team enforcing the 21-day coronavirus lockdown even as the Centre focused on plans to ease some restrictions during the likely extension of the unprecedented measure beyond April 14.

The number of confirmed coronavirus cases inched closer to 9,000 with a total of 918 infections reported in the last 24 hours, On Saturday, there was a record increase of over 1,000 cases.

Amid demands for ramping up health surveillance, the Centre said it is expanding the COVID-19 testing capacity in state-run as well as private medical colleges.

The Punjab attack shortly after dawn in which three other men of the state police and a civilian were also injured happened when the Nihangs were asked to show curfew passes at a vegetable market in Sanaur town in Patiala district, police said.

Eleven persons including five attackers were arrested hours later after an exchange of fire at Nihang Dera complex which also houses Gurdwara Khichdi Sahib at Balbera village, about 25 km from Patiala city, after the group fled from the scene of crime, police said. The incident happened around 6.15 am.

A video clip on social media appears to show Assistant Sub Inspector(ASI) Harjeet Singh seeking help after his left hand was severed in the attack. A man picks up the portion of the hand that was ripped off and gives it to the officer who keeps it with him. He is then taken away from the scene on a two-wheeler.

The ASI was rushed to a nearby local hospital and then referred to PGIMER in Chandigarh where he was undergoing surgery, police said.

With a lockdown in place to contain the spread of COVID-19, barricades were put up outside the wholesale market and entry restricted to those with curfew passes.

The Nihangs — members of a Sikh sect whose adherents carry traditional arms and wear blue robes — arrived in an SUV and were told to stop by mandi’ officials, police said

“They were asked to show passes. But they rammed the vehicle against the gate and the barricades,” said Patiala’s Senior Superintendent of Police Mandeep Singh Sidhu.

The group then attacked the police personnel and fled to the Gurdwara managed by them.

The 21-day lockdown announced by Prime Minister Narendra Modi is in place from March 25 in a bid to halt the spread of COVID-19 and is scheduled to end on Tuesday.

Four states – Telangana, Maharashtra, Punjab and Odisha – have already extended the coronavirus lockdown in their respective territories till April 30.

The PTI tally of numbers reported by various states at 6.30 pm showed at least 8,933 positive coronavirus cases and 296 deaths. A total of 981 people have been cured and discharged so far.

According to the latest Union Health Ministry update, as many as 918 COVID-19 cases and 34 deaths have been reported in the last 24 hours, taking the total number of such cases to 8,447 and the fatalities to 273. It said 765 people have so far recovered from the infection.

The number of cases crossed 1,000 in Tamil Nadu which now joins Maharashtra and Delhi to have a maximum number of positive COVID-19 infections.

The Health ministry also asserted that the government is “extra prepared” if there is an exponential rise in the number of coronavirus patients.

“We are working on an urgent basis to expand the capacity for COVID-19 testing in government and private medical colleges across the country. Fourteen mentor institutes, including the AIIMS and NIMHANS, have been identified to mentor the medical colleges and expand the coronavirus testing capacity,” he added.

According to ICMR officials, a total of 1,86,906 samples have so far been tested across the country, of which 7,953 have been found positive for COVID-19.

“In the last five days, on an average, 15,747 samples were tested per day and 584 of those were found to be positive per day,” an Indian Council of Medical Research (ICMR) official said at the press briefing

A broad consensus has emerged that the national lockdown should be extended by at least two weeks after a meeting between Prime Minister Modi and state chief ministers on Saturday.

Several chief ministers at the same time have pushed for resumption of some economic activities like in the farming sector in regions with no COVID-19 cases.

The Centre in consultation with states is moving to restart economic activities in a graded manner in what is seen as a nuanced change in strategy from saving lives a month ago to saving lives as well as livelihoods now in the fight against the pandemic.

It has sought inputs related to production, labour and logistics from clusters in five key sectors to ascertain expected output if they are made operational within a fortnight and procedural support required, official sources said.

The five sectors are textiles, chemicals, electronics, steel and pharmaceutical, the sources said.

States are likely to designate districts, towns and cities as red, orange and green zones depending upon the number of COVID-19 case as part of efforts to allow differentiated restoration of normalcy with conditions like uses of masks and social distancing in public.

In a video-conference with PTI, the road transport, highways and MSME minister said efforts are on for facilitating a safe return of migrant labourers, an estimated 20 lakh of whom are in shelters pan-India.

“I had a meeting with road sector officials. Work can be re-started at projects with condition that adequate measures are taken for safeguard against coronavirus. We have to follow guidelines. At some places collectors have given permission, some not. We are doing a follow up along with the chief secretaries of the states,” the minister said.

Gadkari’s comments come against the backdrop of a report by the World Bank that migrants face a stark choice between potentially starving in urban centres without work or long and potentially fatal journeys over hundreds of miles to their home districts.

In the report titled South Asia Economic Update: Impact of COVID-19 , the report at the same time said migrant workers returning home could become vectors carrying the coronavirus to unaffected states and villages and that preliminary findings indicated in India many out-migration areas are likely to have COVID-19 cases.

The Centre has asked the state and union territories to take welfare measures for the migrant labourers living in camps in different parts of the country that include food, shelter, medicine, mobile and video call facilities.

The Bihar government also reached out and provided relief to over 5 lakh distressed residents of the state stranded in Delhi and other parts of the country, a senior official said in Patna.

The Karnataka government said it is studying in-depth the consequences of possible relaxation of lockdown norms after April 14 and plans to come out with a clear roadmap in a day or two, according to Medical Education Minister Sudhakar K .

Kerala, which was the first state in the country to report a coronavirus infection in late January, has prepared a time table for coming out of the lockdown and there would be district-specific strategies to tackle the situation while the number of cases are on the decline.

Ramping up efforts to “stamp out” coronavirus cases in the state, Kerala Finance Minister Thomas Isaac told PTI that an exit strategy is being prepared and restrictions are being relaxed in certain segments, including agriculture. 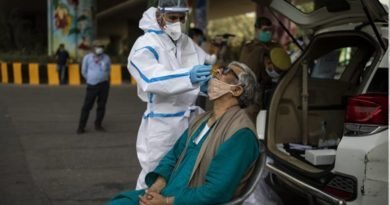 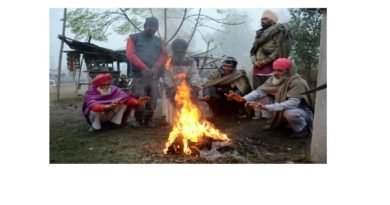 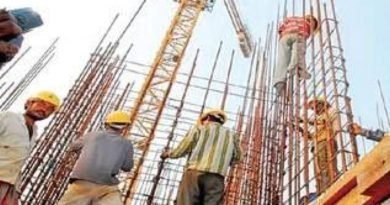