Mumbai Apr 5 PTI: Sayani Gupta, Kirti Kulhari and Maanvi Gagroo, the three stars of Amazon Original series Four More Shots Please! , say the show has been a life-altering experience for them and they are glad to take it a notch above with its upcoming season two.

The show, created by Rangita Pritish Nandy, features Sayani, Kirti, Maanvi and VJ-turned-actor Bani J as a quartet of friends and follows their relationships, work-life conflicts, ambitions and anxieties in a male-dominated society.

The first season of the show premiered on Amazon Prime Video in 2019 to great reviews from both the audiences and critics.

Sayani, who plays Damini, a journalist and an entrepreneur, said it is overwhelming to see that the show has amassed a cult status among its fans.

This show did exceedingly well as it has a very loyal fan base. To experience that, for all of us, was quite new. It almost became like a cult and it’s crazy the kind of love it has received from the people.

That is the biggest takeaway because otherwise, you are just doing your job. It’s life-changing. It’s the fun part to play and I enjoyed every minute of it. I enjoyed being Damini and wearing lovely clothes, Sayani told PTI.

The first season ended on a cliffhanger for Damini and the actor said in season two, she will continue to deal with professional challenges as well as her tumultuous love life.

In the second season, you will see her grappling with her career and really trying to figure things out because you know she’s to start afresh. She’s a very ambitious girl and very driven. So obviously she wants to do something worthwhile with her life and she tries to do certain things and that puts her in a lot of trouble.

On the personal front, there’s a lot of drama as she is a complex human being. She has a penchant for drama So honestly there’s a lot going on in her life, Sayani added.

Kirti, who portrays Anjana, a successful lawyer and a single mother, said the show is full of moments that will inspire a lot of women.

People haven’t seen anything like this in terms of content. We haven’t seen urban women being represented at all. I also believe that people also enjoyed the boldness of the show. When I say bold, I’m talking about the themes and issues we are dealing with.

You could experience the liberation of so many girls through the show. The things that we deal within the show are not made up. There is a certain kind of mindset that prevails in the society. So it was nice to see all of that being shown without a filter. It was right there, in your face, she told PTI.

In season two, which will premiere on April 17, Kirti said her character has matured a bit.

The bond between the girls will become stronger. You will also see new themes and new issues. So there is a fresh set of all of this.

Maanvi said the show will continue the unabashed and unapologetic celebration of female friendship.

There haven’t been many stories about female bonding and friendship. There have been films where you have two female characters coming close to each other because of a shared experience. But this show celebrates that bond, that friendship.

Today, there are so many women who don’t want to confine to social norms. They want to make their own path and might falter doing that, but they will own up those mistakes. Four More Shots’ is an ode to these women, the actor, who essays the role of Siddhi, told PTI.

The sophomore season will see the character stepping out in the world and find her own footing.

In season one, Siddhi realises that she needs to get out of this world created by her parents. She was being groomed for the marriage market and she used to believe that. But then she realises that this is not her path and she wants other things in life. So we see her exploring that in season two, Maanvi said. Hina Khan ‘felt like a baby’ working in ‘Naagin 5’ 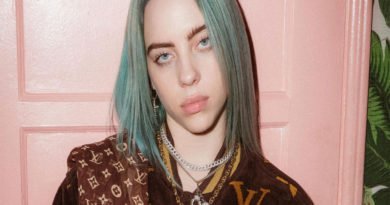 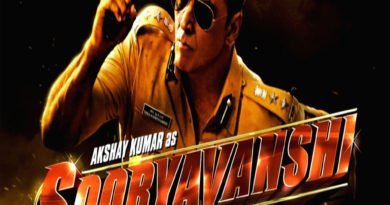 ‘Sooryavanshi’ to release on Diwali, ”83′ to bow out on Christmas