Patna, Mar 4 (PTI) The ruling NDA in Bihar has taunted the RJD for planning a workers’ training camp in Rajgir, pointing towards the opposition party’s reputation of preferring muscle power to ideology and its dominance by jailed founder Lalu Prasad and his family.

Deputy Chief Minister Sushil Kumar Modi, one of the senior most BJP leaders in the state, offered his take on his twitter handle without mentioning by name the opposition party, its imprisoned chief or his younger son Tejashwi Yadav after he had spoken about the “prashikshan shivir” here.

According to Yadav, the camp will be held on March 14 -15 at the picturesque tourist spot in Nalanda district, surrounded by seven hills and famous for its hot springs and pilgrimage spots of various religions.

The camp comes ahead of the Assembly elections due later this year.

“It is understandable when parties having a clear ideology and commitment to certain principles hold a camp for their workers.

“What is the need of enacting such a drama for a party, which has a convicted man as its supremo for the last 22 years, has earned an expertise in amassing benami property through scams, become notorious for politicisation of bureaucracy while in power and keeping sticks dipped in oil,” Modi tweeted in Hindi on Tuesday.

Modi’s reference to “laathi mein tel pilaana” (dipping sticks in oil and keeping these ready for attack) was a throwback to the colourfully named “lathi rally” organised by Prasad in 2003, a couple of years before his party lost power in the state and entered a phase of steep decline.

The RJD supremo had contended that “laathi’ implied sticks carried by shepherds and farmers – classes his party claims to champion – and the resolve to “fight communalism”, an allusion to the BJP.

His opponents, however, insisted that the metaphor had emerged out of the RJD’s brazen use of muscle power.

Sanjay Singh, spokesman of the JD(U) headed by Chief Minister Nitish Kumar, mocked Tejashwi Yadav calling him “nauvin fail” (a high school dropout after flunking class 9 exams) and wondered what training he could impart to the RJD rank and file.

He also quipped “they always used to attack Nitish Kumar for focusing too much on the development of Rajgir (in his home district). Now they seem to be all too eager for a jaunt in the very place”.

RJD MLC Subodh Rai angrily reacted to Singh’s remarks, asking “does the JD(U) own Rajgir? Do they even know that this is not the first time that we are holding a training camp there?”

Congress MLC and AICC media panellist Prem Chandra Mishra, whose party is an alliance partner of the RJD, remarked sarcastically “the JD(U)’s frustration stems from its belief that whichever party holds a training camp in Rajgir comes to power in Bihar. They are wary that the RJD, in alliance with Congress, may upstage the NDA in the assembly polls”.

Notably, Rajgir has been a favourite with Nitish Kumar, who is known for going on retreats to the tourist spot.

His party held its own training camp in January at the ancient town, which was the original capital of the mighty Magadha kingdom. 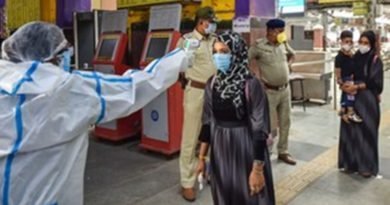 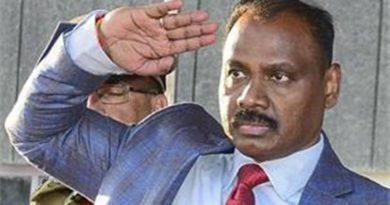