India has finally decided to get real on Afghanistan and agreed to attend the signing ceremony of a landmark peace deal between the US and the Afghan Taliban in Doha, following which American troops would withdraw from the region. For years, we have invested in developing infrastructure and humanitarian missions in that nation but refused to connect with the Taliban, predicating its significance to our Pakistan-centric vision, and abhorring it simply because Pakistan was its patron. While we insisted on an Afghan-led reconciliation, fearing that the Taliban would magnify Pakistan’s proxy war in our backyard, the Taliban regained its influence. And though our western neighbour may still continue to have a hold over it, we have to build a bridge to avoid strategic alienation. Or allow the Taliban  to harden its outlook towards us. This is the reason why big powers like the US, Russia and Iran have been reaching out to the Taliban for geopolitical reasons. At least, India’s presence at the deal ceremony signals a willingness to engage, considering that we have lost much while being left out of the reconciliation process. We must also not stereotype the Taliban as an extension counter of Pakistan but recognise changes within it. It is now ready to engage with the world in consonance with diplomatic norms. One thing is clear, over the last three years, the Taliban has come to control almost half the territories and has changed its rules of engagement simply because it doesn’t want to be reviled or isolated, but wants acknowledgement and acceptance. Time and again, its spokespersons have expressed a desire to work with India, in a bid to shake off the dependency on Pakistan. More importantly, India’s allies in the region, both Russia and Iran, are cooperating with the Taliban and could play a mediatory role.

Pakistan’s interests in Afghanistan will continue to be India-centric, trying to erode the goodwill of India’s development work by peddling its own insecurities about our hegemonic potential. It will also try to bring in the Taliban to expand the scope of its proxy war over Kashmir. Besides, Pakistan’s military establishment would want to deepen its proximity with the Taliban to quell its own separatist sentiments at home, like that of a unified Pashtunistan. If India wants stability in the region, then it must neutralise Pakistan’s chokehold on the Taliban and work separate back channels with it. It cannot rely on past understanding and rigidities. Ignoring the Taliban means empowering Pakistan. Besides, India’s consistent support to the democratically-elected Afghan presidents since 2001 — Hamid Karzai and Ashraf Ghani — have completely lost its counterweight value. If the recent results of the Afghan election are any indication, then Ghani has a really thin margin of victory. Undoubtedly then, the Taliban is almost on an equal footing and is already questioning Ghani’s credibility. It is even attempting to talk to “intra-Afghan” factions, according to a statement by US Secretary of State Mike Pompeo. We may have scored high on our soft power capabilities and have acceptability among Afghan people but if we have to matter, then we must not be a reluctant neighbour. We must reach out to all players in Afghanistan but independently and without referencing others. 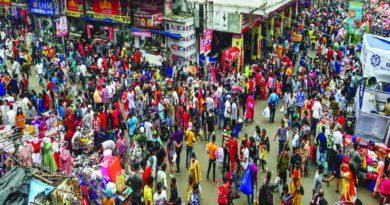